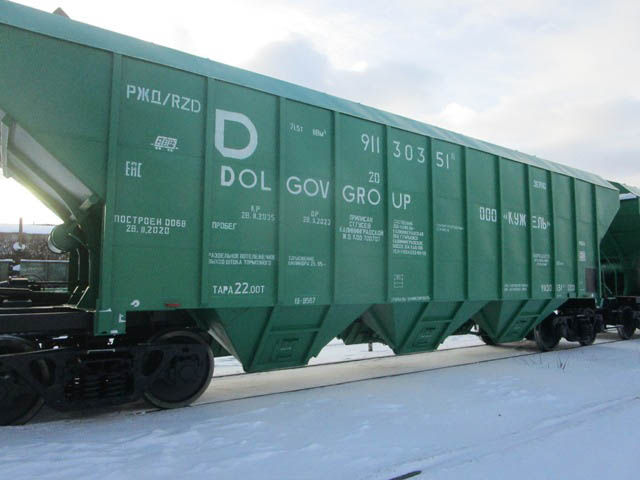 THE GROUP HAS ACQUIRED 50 NEW RAILWAY CARS FOR CARRYING GRAIN

This is the second batch of railway rolling stock purchased from Barnaul VRZ for the needs of the Group. The first batch of 100 cars was purchased at the end of 2019.

It should be noted that grain carriers are designed taking into account the wishes of consumers, e.g. the volume of the body and the carrying capacity have been increased. At the same time, reliability, ease of operation, and the ability to load/unload in any conditions have been preserved.

DolgovGroup annually produces more than 300,000 tons of grain and is one of the leaders in the regional rating of the leading producers of rapeseed, grain and leguminous crops, in both gross harvest and crop yields.

In 2020, the Group’s agrarians harvested 352,500 tons of grain, with an average yield of 67.5 centners per hectare. Wheat, corn, rapeseed oil, rapeseed cake, soybean meal, barley and rye are supplied for export.

Own rolling stock makes it possible for us to be independent in the railway service market, deliver grain crops to partners promptly and on time.