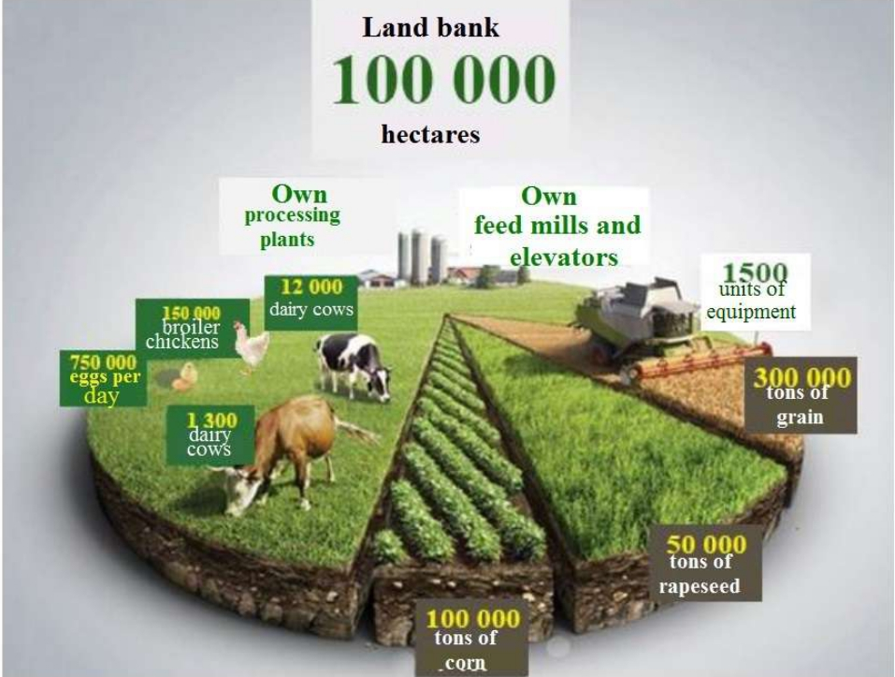 DolgovGroup agricultural holding company is the largest agricultural enterprise of Kaliningrad region with an autonomous integrated structure - from the field to the counter. Founded in 1996, over the years the company has been developing dynamically. Today it consists of one hundred thousand hectares of arable lands, cattle breeding mills, feed mills, elevators, the rapeseed plant, dairy and meat factories, Gusevmoloko dairy factory, the broiler poultry farm and Guryevskaya poultry farm, the only egg producer in Kaliningrad region, whose capacities provide the region’s egg needs by more than 80%. The presence of capacities and own raw materials for the production of feeds allows the holding company to develop successfully the livestock sector. The factories and farms of the company contain more than 12 thousand heads of cattle of dairy and beef breeds.

The holding company is successfully engaged in the export of agricultural crops, rapeseed oil, rapeseed cake and soybean meal, distribution and railway logistics; it has its own wide logistics network and corporate chain stores in which meat and dairy products of own production are presented.

DolgovGroup is a vertically integrated complex that includes all parts of the production chain - from the development of the feed base to the implementation of the final product.

The crop production is one of the key focus areas.

In 2018 DolgovGroup agricultural holding company became one of the 55 largest owners of agricultural land in Russia. Currently, the basis for the development of crop production is one hundred thousand hectares of land, which is 40% of all arable land of Kaliningrad region.

The structure of the agricultural holding includes five modern elevators, which allow one-time storage of 240 thousand tons of grain crops. The volume of dried grain, in particular wheat, is 6 thousand tons per day. 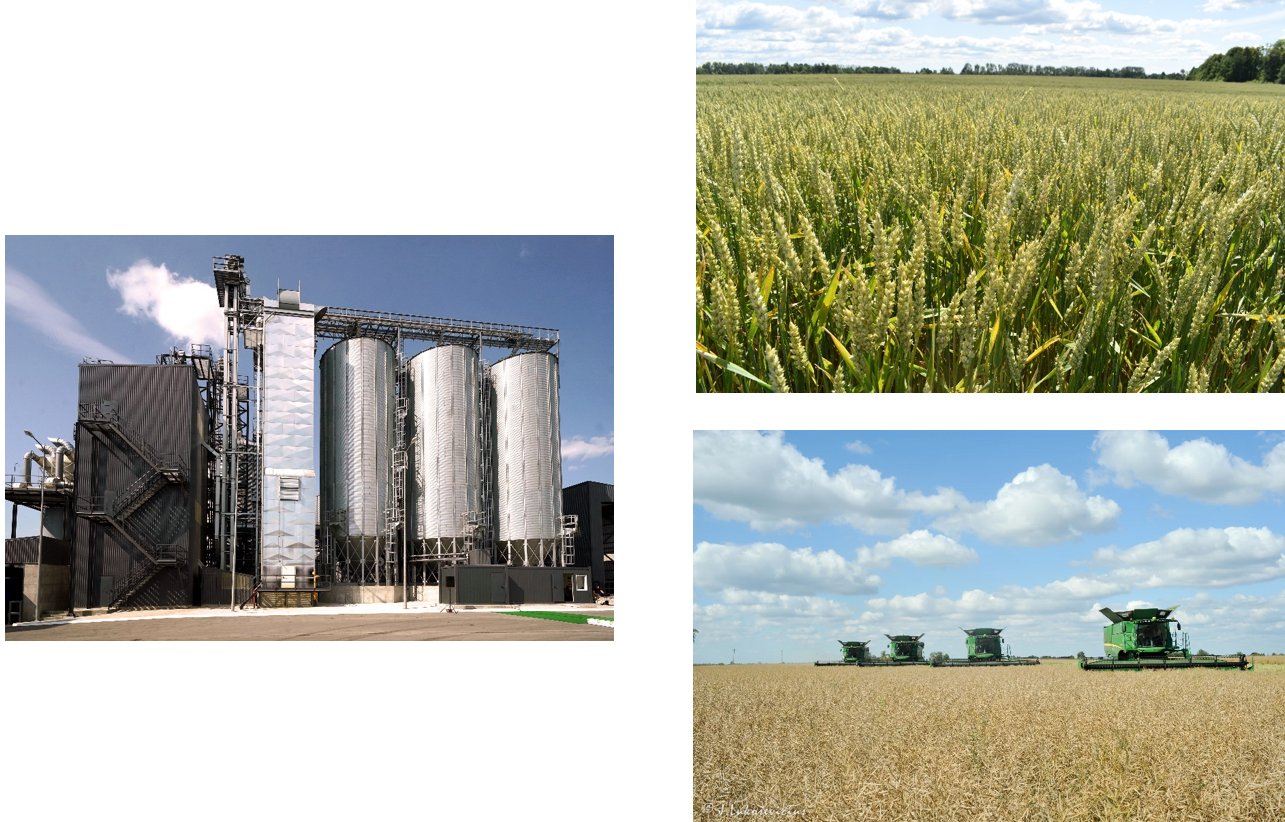 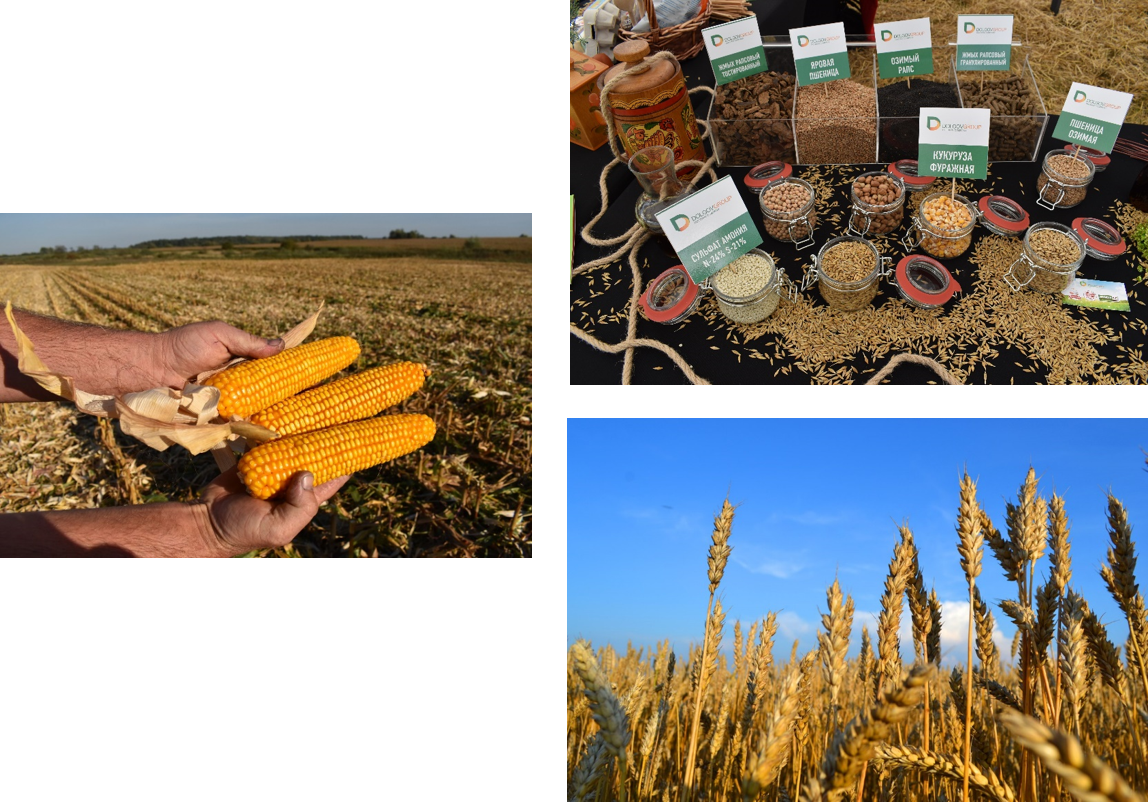 The company annually produces more than 300 thousand tons of grain and is one of the leaders in the regional rating of leading producers of rape, grain and leguminous crops - both in terms of gross yield and productivity of these crops.

Among the main crops, the holding company grows corn, wheat and rapeseed, as well as barley, oats and rye.

At the rapeseed plant all the achievements of modern science and technology are implemented, two-stage hot pressing technology is implemented, equipment of the German company Harburg-Freudenberger Maschinenbau GmbHHF (Press + LipidTech), one of the world's leading manufacturers of equipment for processing oilseeds, is installed. The plant’s capacity allows it to process about 66 thousand tons of rapeseed per year.

95% of rapeseed oil is exported to EU countries to biodiesel plants, 5% is sold domestically for local producers and for the needs of an agricultural holding company.

All products of the plant are carefully monitored, have quality certificates, declarations of conformity. For each batch produced there are test reports that confirm the quality of the products and their compliance with GOST. Every year, the agricultural holding company receives an international ISCC certificate for rapeseed oil, the presence of which is mandatory for the export of rapeseed oil to the EU countries. 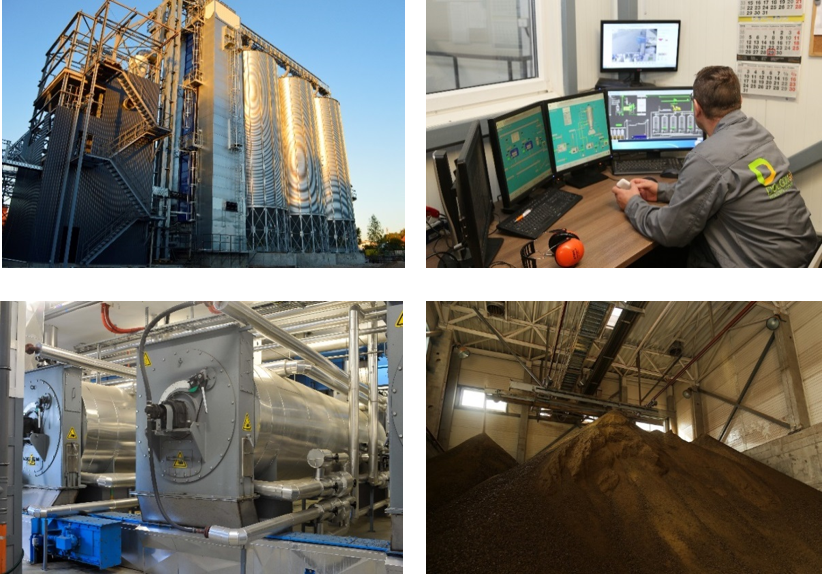 DolgovGroup has its own well-developed logistics network. Every day, more than 1.5 thousand units of equipment work in the fields, operate in roads of Kaliningrad region and beyond.

The holding company constantly invests significant funds in updating its own technological park. Today it consists of more than two hundred tractors and combines of the latest generation.

Starting from 2017 DolgovGroup company began to develop actively a new direction of railway logistics. The holding company has its own rolling stock - 16 hopper cars for transporting grain and 5 tanks for transporting rapeseed oil. This makes it possible to completely close the need for their own rolling stock and become independent from changes and seasonal fluctuations in the railway services market. 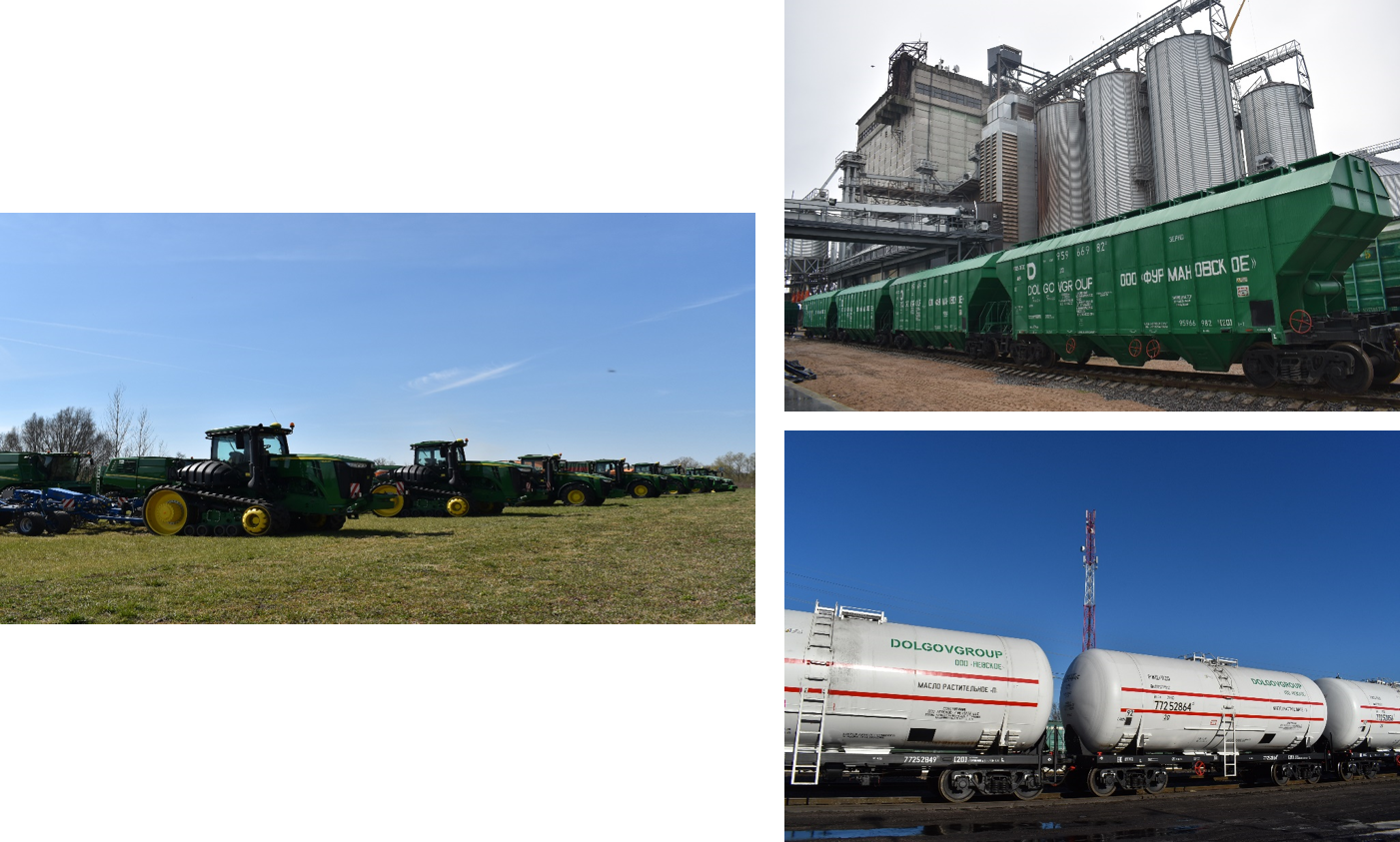