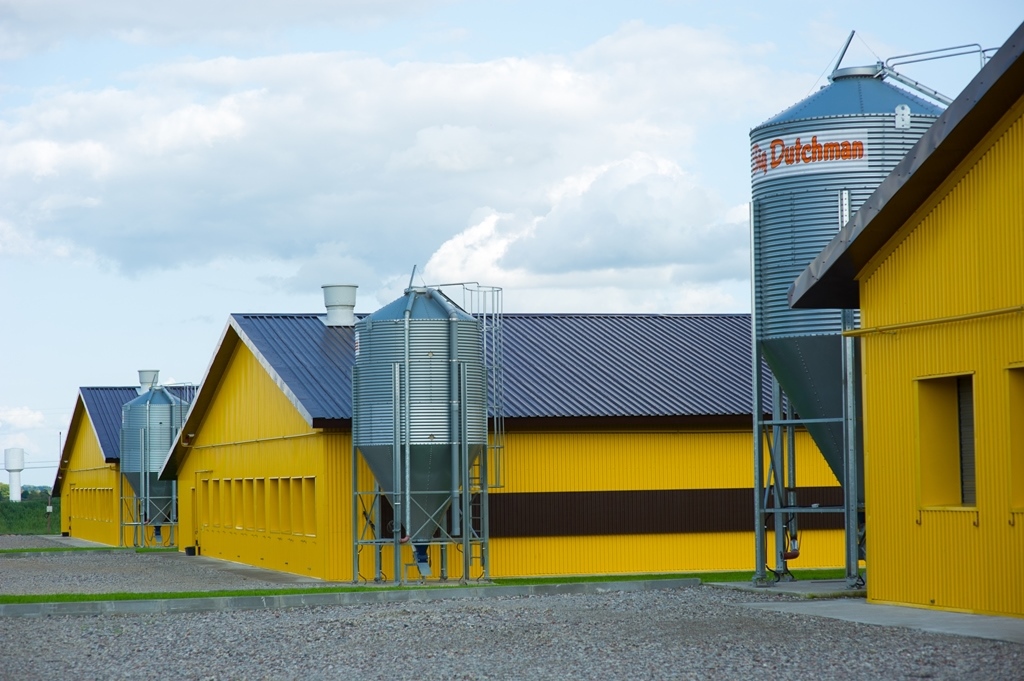 The opening ceremony took place on Wednesday, 29August, in the village Fevralskoye of the Krasnoznamensk municipality.

One of the largest agricultural holding companies in the Kaliningrad region, DolgovGroup known to the local buyer by such brands as the Nezhinskaya dairy, the Rominta meat products and the Kurochkino eggs has recently launched a new broiler plant in the Krasnoznamensk municipality.
The opening ceremony was attended by the Kaliningrad region’s governor Anton Alikhanov, the region’s Minister of Agriculture Natalia Shevtsova as well as representatives of banking institutions and the Krasnoznamensk municipality.

The large-scale project DolgovGroup is designed for keeping at the same time 1.4 million broiler chickens in modern poultry houses almost fully automated. All of them are equipped with the latest modern equipment of the leading German manufacturer, Big Dutchman, and are controlled by a single central multi-purpose computer that regulates online the indoor climate, feeding, keeping and weighing the birds.

According to the agricultural holding company’s co-owner Alexander Dolgov, the company plans to produce about 20,000 tons of chilled chicken meat per year.

‘This is a new activity of the Gurievsk Poultry Plant and will eventually include 21 poultry houses for floor housing, a dressing and packaging workshop as well as a number of infrastructure facilities and even an inspection gallery made of glass for guests’, Alexander Dolgov said at the opening ceremony.

The company head noted that despite the impressive investments in new production (more than 1.7 billion roubles), one of the key challenges for the agricultural holding company was to also give an impetus to the growth of small villages in the east of the region.

- We strived to breathe new life into this locality, Fevralskoye village, Dolgov clarified. – In the German time there used to be a dairy here, in the Soviet times, several cowsheds. Our agricultural holding company introduced a new development area for the local agriculture, poultry farming. I am sure that the future will be associated with it!’ the company head emphasised.

Alexander Dolgov noted that next is another village Vesnovo, where the design of a new plant for slaughtering, dressing and packing with a smoking room and sausage production is already underway. For local residents, that means new jobs, and the municipal and regional budgets replenishment, of course.

In turn, the governor of the region, Anton Alikhanov said in response that the government intends to further support the DolgovGroup investment projects.

- If you go to the east, it is almost impossible to miss the new production, which is opened by the Dolgov brothers, and this is a good tradition, Anton Alikhanov said, - For many years, we have supported the development of the poultry industry in the region but we still have to grow; there is scope for improvement. Today, we are opening the first three poultry houses for broilers of the agricultural holding company. We have major joint plans and there are still 18 poultry houses to be built on in that area; so I would like to wish you a successful project, and we (the government) are going to help. Moreover, new jobs and the opportunity to develop agriculture are very important for the Krasnoznamensk municipality itself, since the land had not been used there for many years.

It should be noted that the first products, chilled, frozen and even smoked carcasses of broiler chickens under the Kurochkino brand are already sold in the company’s network stores.

- Products from the broiler farm are supplied to the counters of network stores of the company Nash Produkt (Our Product). I should note that the quality of our broiler chickens is much higher than that of all the competitors’, Dmitry Dolgov, a co-owner of the agricultural holding company said during the press scrum. - We use only our own feed produced at our own feed mill, the largest one in the region. It is due to the operation of our new feed mill in Gurievsk that today we have the opportunity to promote production and build new plants in the region. It would have been impossible to do all this without the support of our regional and federal authorities, Dolgov said.

The construction of the new poultry farm started in January 2017. At the moment, the first three poultry houses for 100,000 chickens began to operate in the area. The completion is scheduled for the end of 2021. 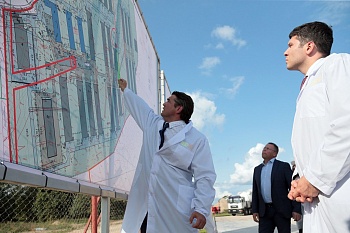 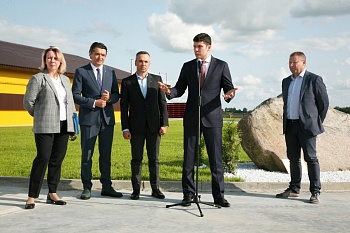 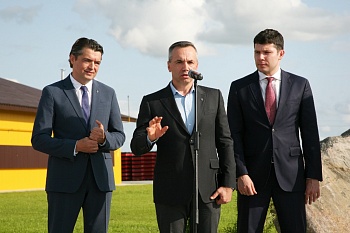 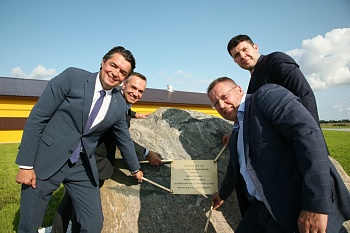 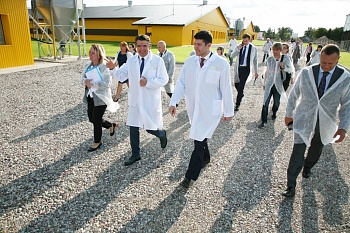 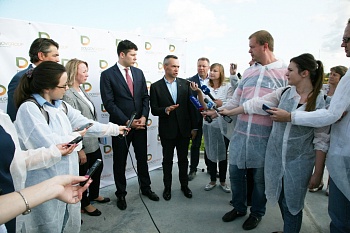 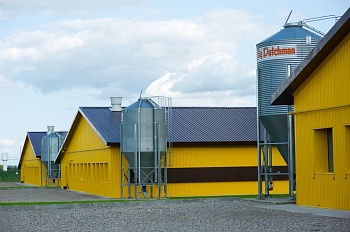 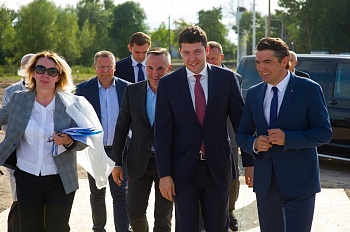 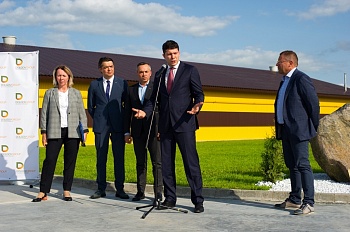 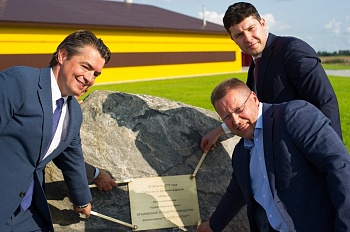 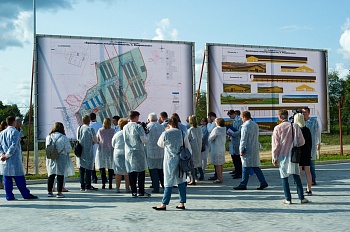 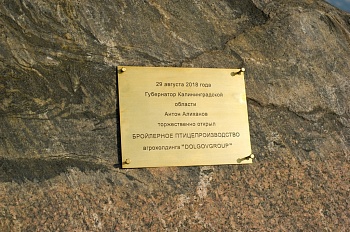 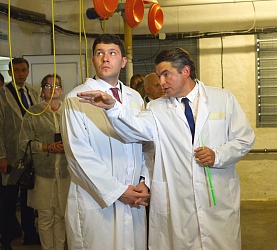 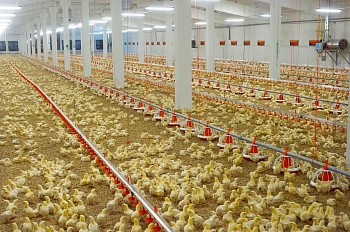 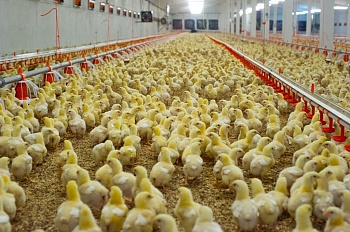 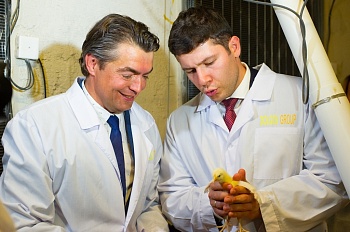 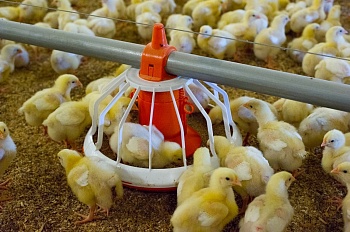 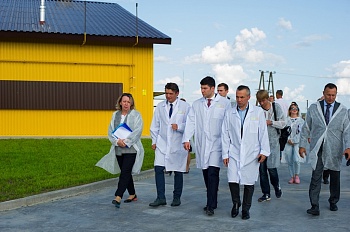 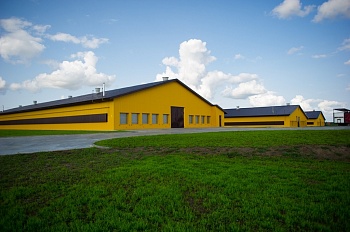