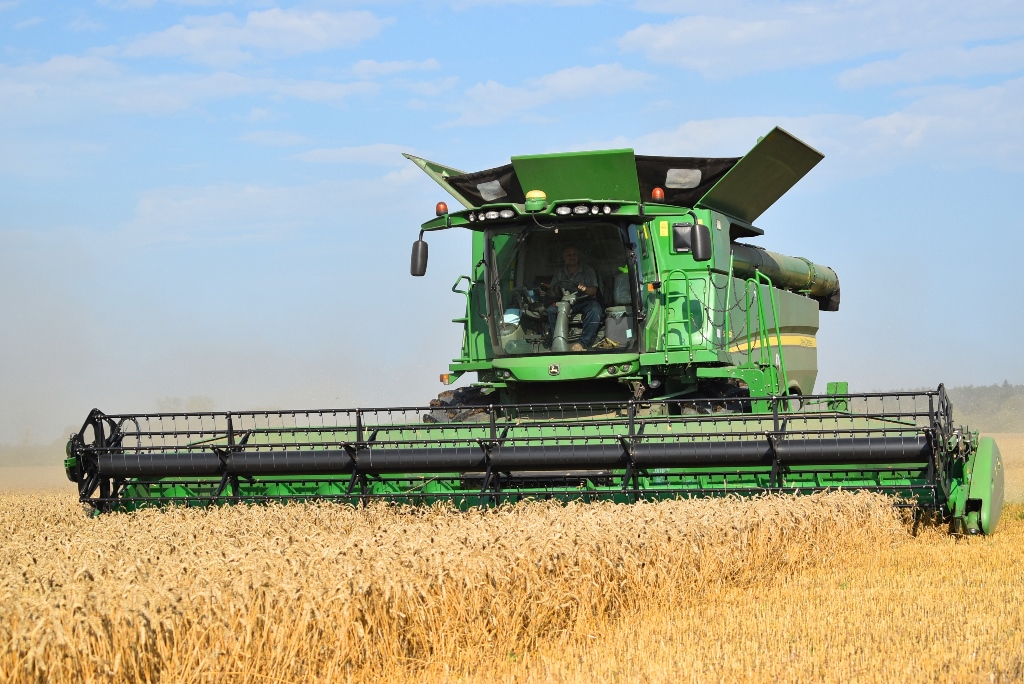 DOLGOVGROUP RECOGNISED AS THE LARGEST GRAIN PRODUCER IN THE KALININGRAD REGION

The ministry of agriculture of the region resumed the preliminary results of the agro-industrial activities in 2018.

According to the nine-month figures, the highest grain and rapeseed production volume in the region (38,000 tons with an average yield of 58.3 centners per hectare) was achieved by Furmanovskoye LLC (DolgovGroup agricultural holding company).

For comparison: the average grain yield in the country, according to the Russian ministry of agriculture, reaches 25.7 centners per hectare.

The gross harvest of grain and leguminous crops is projected at 350,000 tons, oilseeds – 72,000 tons.
The ministry of agriculture notes that the quality of grain has improved significantly this year. Of the studied volume of 134,000 tons, 92% were assigned to the food category. This is higher than last year by more than three times.

At the same time, the grain production volume almost doubles the region’s own demand. So, in 2017, the domestic consumption amounted to 238,000 tons, 156,000 tons of local grain was exported.