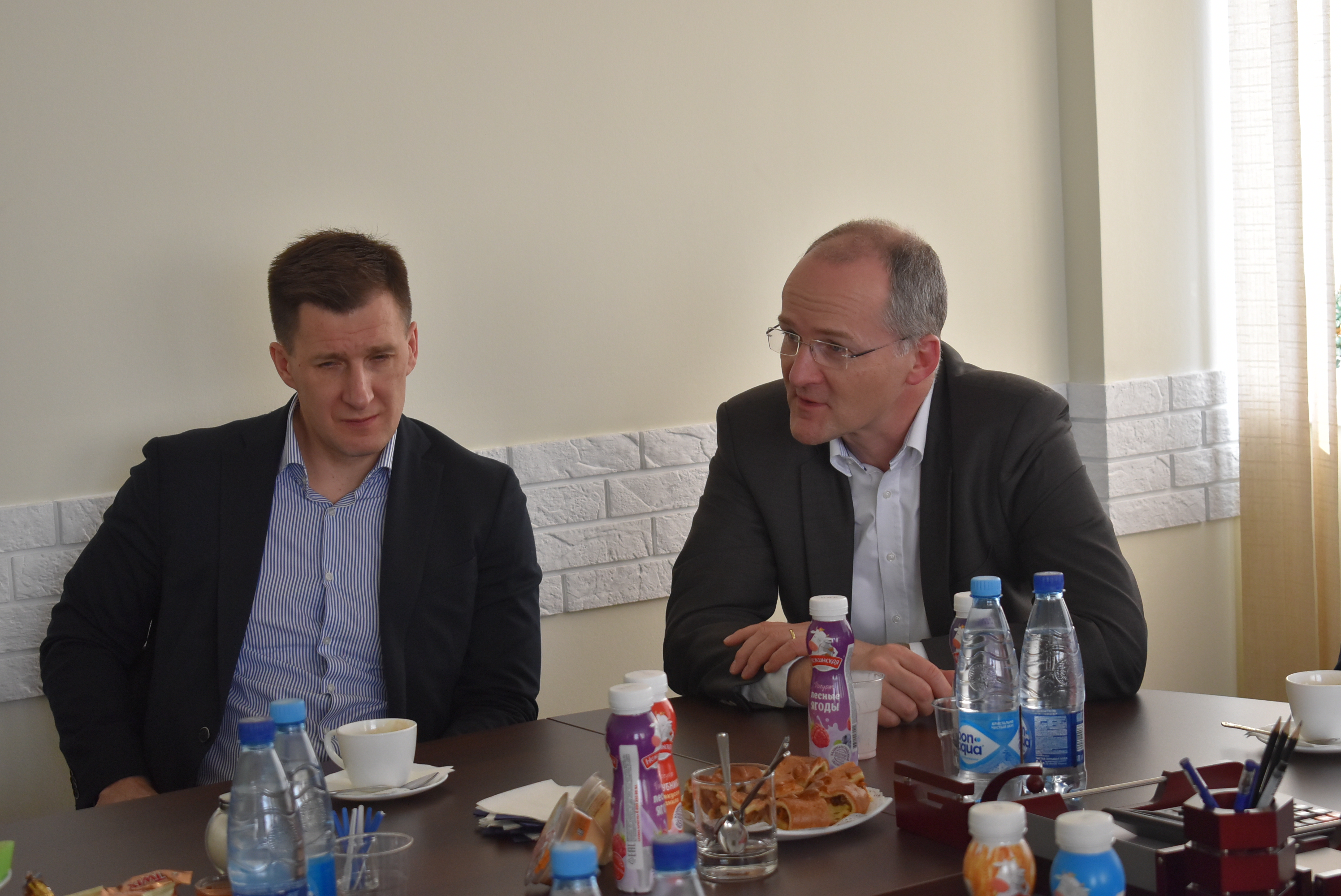 The delegation of John Deere Company, which is a leading global manufacturer of agricultural equipment, paid an official visit to the enterprises of the agricultural holding company DolgovGroup. The delegation was led by Dirk Stratmann, the John Deere Regional Sales Manager for CIS countries. The head of the group of companies Dojus Agro - the dealer of the company Pranas Daylide in Lithuania, as well as representatives of the dealer of Dojus -capital in Kaliningrad and the Moscow region were also among the officials.

It began with a visit to the Guryevskaya Poultry Farm. At the beginning of the meeting a film about the DolgovGroup holding company was shown to the guests and after that the Executive Director Yu.A. Skalin elaborated on the activities of the enterprise and the prospects for its development. In particular, he noted that at present the capacities of the poultry farm cover more than 80% of the need of the Kaliningrad region for eggs.

The next item on the program of the visit was Nesterov town. Accompanied by the founders of the agricultural holding company A.A. Dolgov and D.A. Dolgov, the delegation visited the rape plant.

During the visit, a meeting was also held with holding company’s managers and specialists working in crop farming and technical purchasing. The guests were told how the equipment supplied by John Deere Company helps to optimize production processes and embrace modern technologies. In addition, proposals were made for the development of cooperation.

Summing up the business meetings, Alexander Alexandrovich Dolgov thanked the guests for their arrival and expressed readiness for further cooperation. He was supported by Dmitry Alexandrovich Dolgov, who stressed that only powerful, high-performance equipment was used in the activities of the holding company. This is exactly what John Deere Company has.

In response, the guests highly appreciated the achievements of the agricultural holding company DolgovGroup. As Dirk Stratmann said, “we were once again convinced that the holding company DolgovGroup is a place where there are many opportunities. After six years of cooperation, it was important for me to thank you personally for this. Today we saw a lot of young promising people who work here, which means that the company is confidently looking to the future. The holding company constantly sets itself new tasks and accepts new challenges that we are ready to meet together. ”