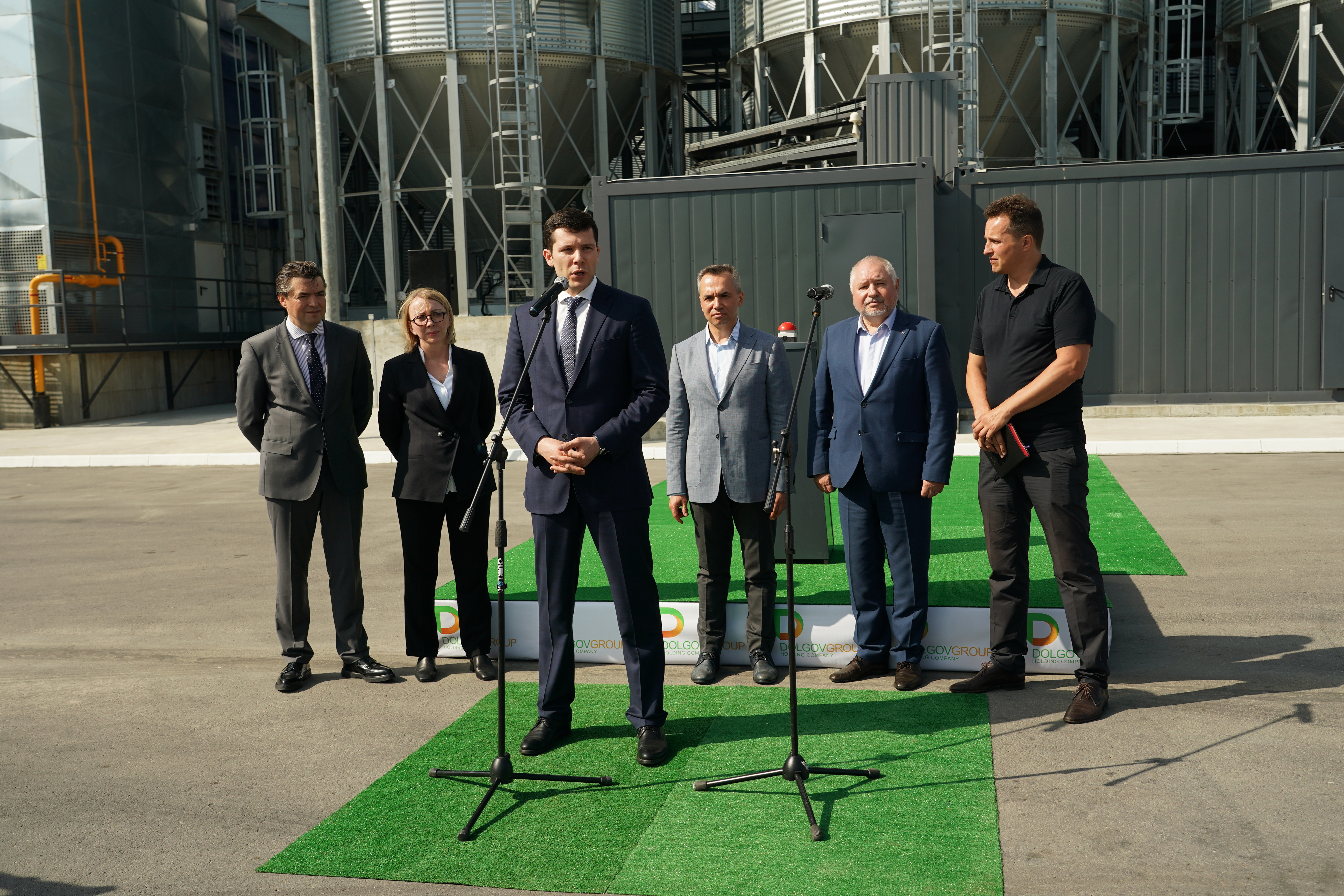 The opening ceremony of the grain complex was attended by the Governor of Kaliningrad region A.A. Alikhanov, the Minister of Agriculture of the region N.E. Shevtsova, founders of the agricultural holding company DolgovGroup A.A. Dolgov and D.A. Dolgov, the head of the administration of Guryevsky urban district S.S. Podolsky, the executive manager of the Kaliningrad branch of Sberbank RF S.B. Shamkov.

One of the largest agricultural holding companies of the Kaliningrad region – DolgovGroup put into service another object - a modern, innovative elevator complex for primary conditioning, storage and transshipment of grain crops and oilseeds in the town of Guryevsk, the construction of which was started in 2015. The total cost of the project was 744 million rubles. The complex works on the equipment of the company PETKUS Technologie GmbH (Germany), which is the world leader in the production of industrial equipment for the storage and grain conditioning. The total capacity of the one-time grain storage is 45.5 thousand tons.

As the head of the region noted, “with the introduction of this complex, Kaliningrad region will be fairly well provided with elevating capacities. Taking into account the growth of grain cropped areas, the growth of crop collection, such elevators will be needed more and more - for storage, for improving the situations in terms of the volume and quality of grain, which are different from year to year. I would like us in general to resolve issues of agricultural producers in the region in consequence of this complex. In addition to the agricultural holding company DolgovGroup, which is engaged in its livestock projects, there are many consumers of grain and compound feeds - pig breeders, poultry breeders. Such large storage capacities will make it possible to equalize the price of grain and, accordingly, of feed during years with poor crops and vice versa during years with rich crops”, - said A.A. Alikhanov.

Currently, the elevating farm of the agricultural holding company consists of three main elevators: in Nesterov town, Guryevsk town and in Gusev town, as well as nine grain flow farms with their own warehouses and grain drying complexes. At the starting time of all the elevating capacities, the total one-time storage will be 240 thousand tons. The volume of dried wheat grain under normal conditions will be 6 thousand tons per day.

In her speech, Minister of Agriculture N.E. Shevtsova noted: “Today in the region the volumes of modern technological storages are 455 thousand tons. This indicates that we can use the entire agricultural land of the region, and at the moment of heavy yield we will know where to store the grain. The putting into service of a new elevator complex will practically ensure the food security of the region, allow to storing the grain from harvest to harvest, and ensure high food quality of grain”.

During the excursion, the guests were shown the whole technological process, when the grain enters the weight control. For quality control of incoming raw materials and its performance monitoring during the entire storage period, a laboratory complex was built here to assess the condition and quality of grain and oilseeds. Sampling from motor vehicles is done by automatic installation.

Specialists of the laboratory told about modern laboratory equipment, which allows determining quickly and reliably all the necessary quality indicators of the product supplied to the elevator. After the laboratory, the guests visited the premises of the complex, where they were able to evaluate the high quality of the construction of the elevator.

The founders of the agricultural holding company A.A. Dolgov and D.A. Dolgov drew the guests' attention that the complex meets all modern requirements, both technical and environmental. Grain is brought to the parameters of the highest quality, which ultimately affects the quality and cost of production. They also noted that the implementation of such powerful projects was made possible thanks to the support of the regional government, as well as close cooperation with partners - project designer, construction workers, and banks. 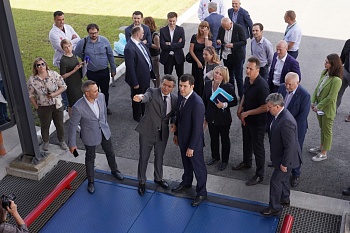 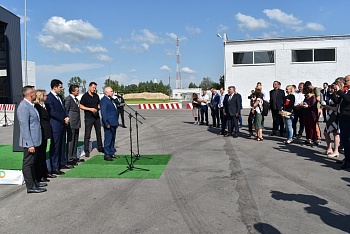 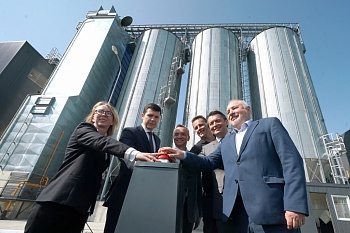 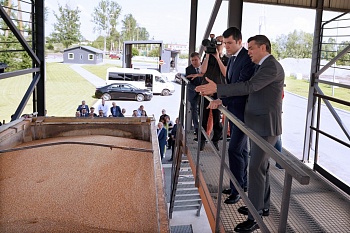 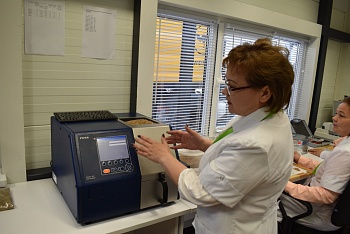 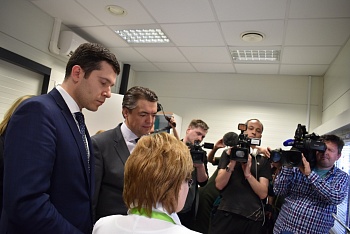 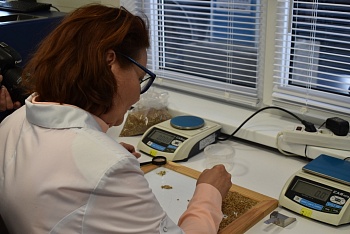 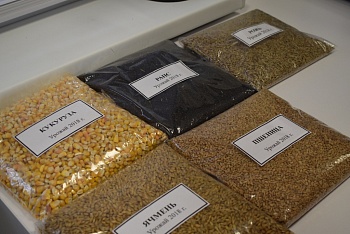 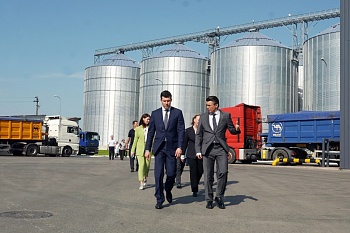 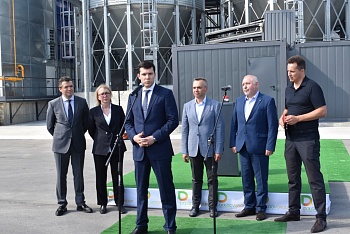 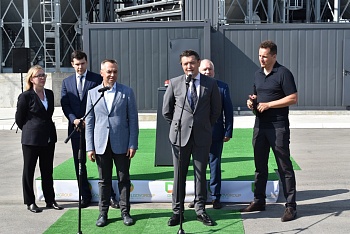