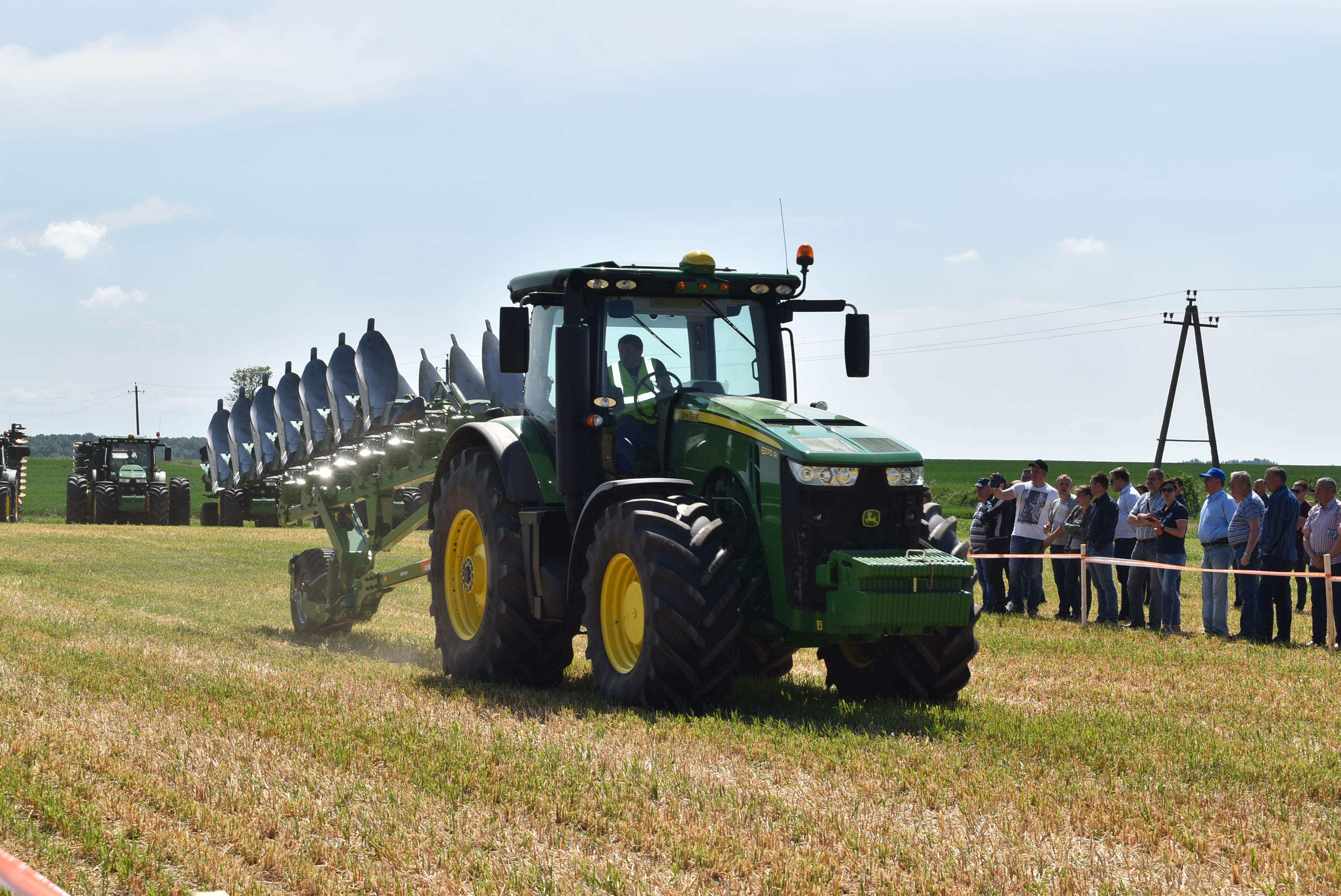 In Nesterovsky District on one of the fields of the agricultural holding company DolgovGroup, the “Field Quality Day” was held, in which about fifty agricultural organizations of Kaliningrad region took part. Such an outstanding event was organized by the agricultural holding company DolgovGroup for the first time and caused great interest among farmers of the region - the number of arriving participants exceeded the number of those who registered in advance.

Guests were greeted by one of the founders of the agricultural holding company DolgovGroup Dmitry Aleksandrovich Dolgov. He noted that today the development of the agricultural sector cannot be imagined without modern technologies and high-performance equipment. The activity of the holding, which actively uses the best practices, shows that this way is correct, as it allows significantly increasing the crop productivity and saving resources. He wished success to colleagues.

During the theoretical part the holding partners addressed the farmers – the Commercial Director of the company Technoexport A.V. Kosyrev, the Director General of the company Agronik U. Djordjevic (Serbia), the representatives of the Rosselhoscenter (Russian Agricultural Center) for Kaliningrad region, representatives of Dolgov Agro Tech LLC - the exclusive distributor of agricultural machinery “AMAZONE” in Kaliningrad region, who told about the possibilities of the latest machinery of international standard, as well as new products in the field of plant protection and seed production, the peculiarities of working with crops at different stages of their development. Each performance was actively discussed by the participants and they asked many questions.

Visitors were impressed by the demonstration of agricultural equipment in the field, which was presented by the company Dolgov Agro Tech. The advantages of using German equipment brands “BERGMANN” and “AMAZONE” in the region are well known: these are first-class performance characteristics, and effective production, and significant cost savings that owners appreciate in working on their land. More than 90% of all agricultural producers of the region are currently working on such equipment.

Dolgov Agro Tech LLC presents a full range of agricultural equipment in the region: starting from rotary cutters, disc harrows, grabbing from 2.5 to 12 meters, cultivators, precision seed drills with the possibility of differential seeding, sprayers with the function of shutdown disconnection and self-propelled sprayers (which saves crop protection products), fertilizer spreaders, to transshipment trailers, silos, crop collectors, trailers, interchangeable systems. As it was noted during the demonstration, the equipment presented by the concerns “AMAZONE” and “BERGMANN” is a real opportunity to significantly increase the speed of work during the sowing time and cropping period on the land with minimum costs and within the shortest possible time.

Also during the event, the guests visited the fields of the holding, where they met with demonstrative seeds of agricultural crops. They also tasted the meat products of the agricultural holding company DolgovGroup, which everyone liked.