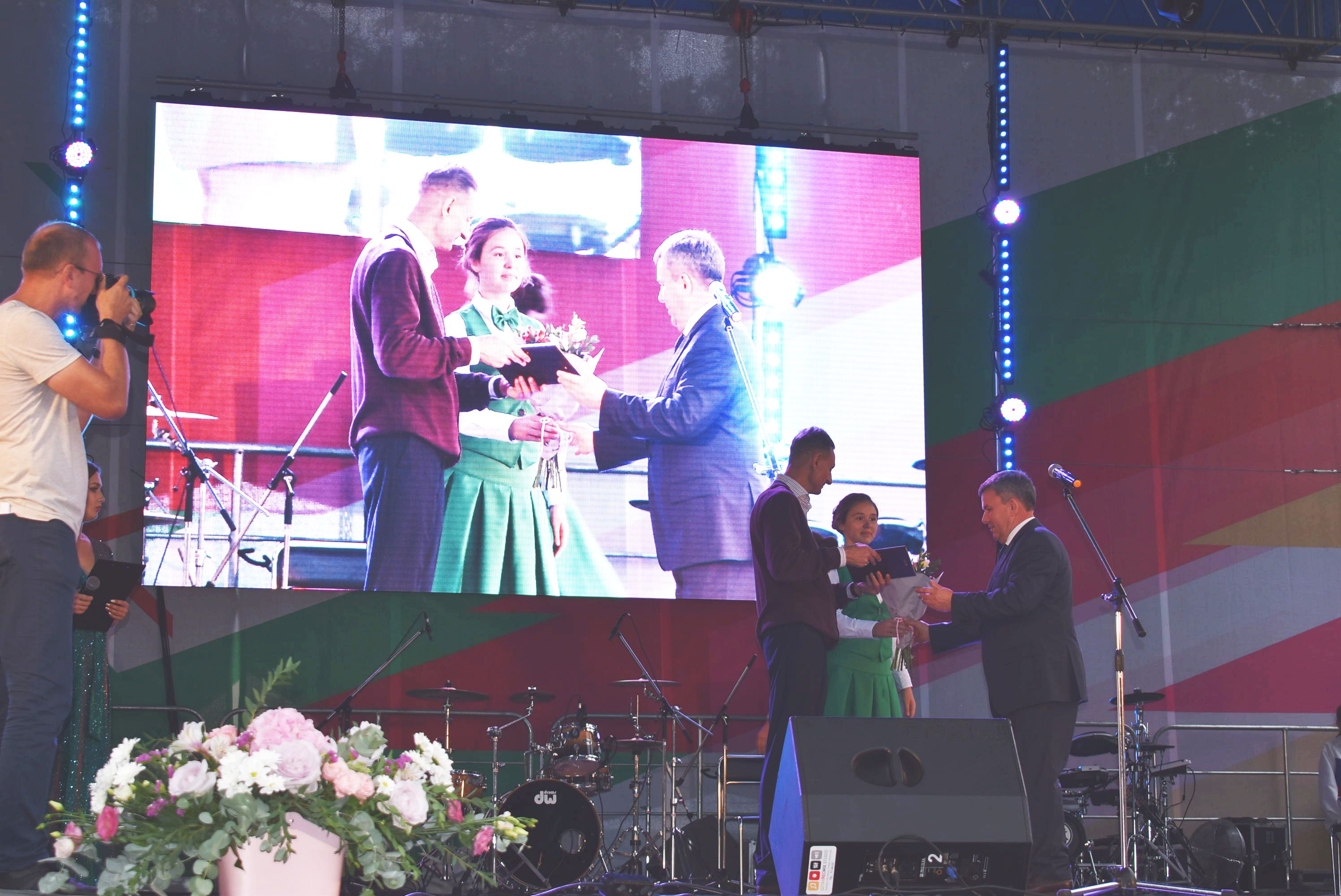 DOLGOVGROUP AGRICULTURAL HOLDING COMPANY IS THE ENTERPRISE OF THE YEAR-2019!

This title was awarded to the company at a ceremony held as part of the celebration of the Day of Guryevsky urban district, which was celebrated here last Saturday.
DolgovGroup is the largest company in Kaliningrad region, which is the leader in the agro-industrial sector of the region. Areas of activity of the holding company: crop production, poultry farming, rapeseed production, meat and dairy production, land reclamation, construction, distribution. The holding company has its own feed mills and elevators, including in the territory of Guryevsky urban district. The only egg producer in the region - Guryevskaya poultry farm is also located in Guryevsk town! The capacities of the farm today provide the needs of Kaliningrad region for an egg of more than 80%.


Residents of the region also know the agricultural holding company by its brand shops Nash produkt (Our Product), where the products manufactured at enterprises of DolgovGroup are presented under their own brands: Nezhinskaya, Rominta, Kurochkino. These products are in demand among residents of the region for their quality and wide range.

As the head of the district administration S.S. Podolsky emphasized, the agricultural holding company is not only a production leader, but also carries out great social work, participating in cultural and sports events important for the district. “We are grateful for this to the founders of the holding company - Dolgov brothers, who help in the development of Guryevsky urban district,” Sergey Sergeyevich said.
As part of the official part, the best residents were awarded for their services. Among the Best Family nomination, Matryninsky family received a gift from the holding company – the grocery basket. Anatoly Vasilievich and Natalya Petrovna lived together for 50 years and all these years have been an example of love and a prosperous family life.

Creative teams worked for residents of the municipality on this day in the culture and leisure park, an exhibition of the farmsteads of districts was organized, street theaters showed their performances and entertainment events for children were held at interactive playgrounds.

At the platform of the agricultural holding company, everyone had the opportunity not only to purchase dairy and meat products, but also to taste hot sausages for grilling. Here, the children were very enthusiastically photographed with the Nezhinskaya cow in the photo zone of the holding company and also received yogurts of sunny (solnechnaya) series from the hands of magicians-mimes. 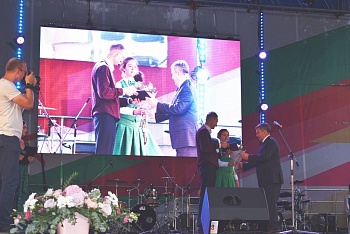 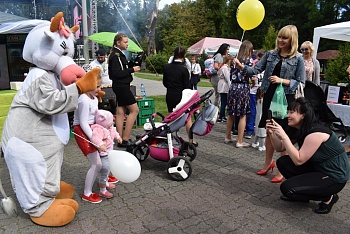 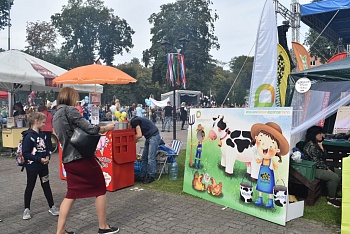 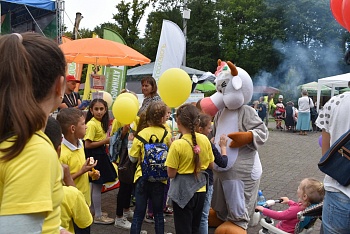 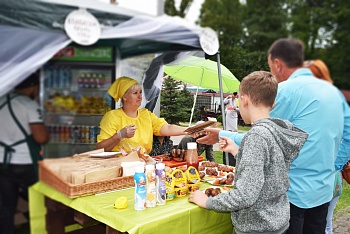 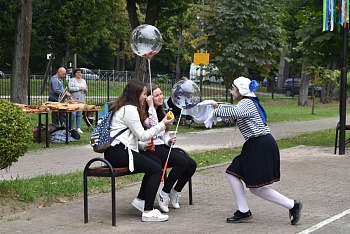 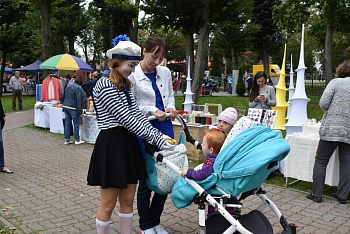 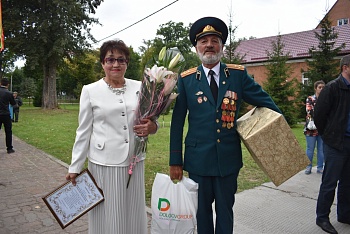