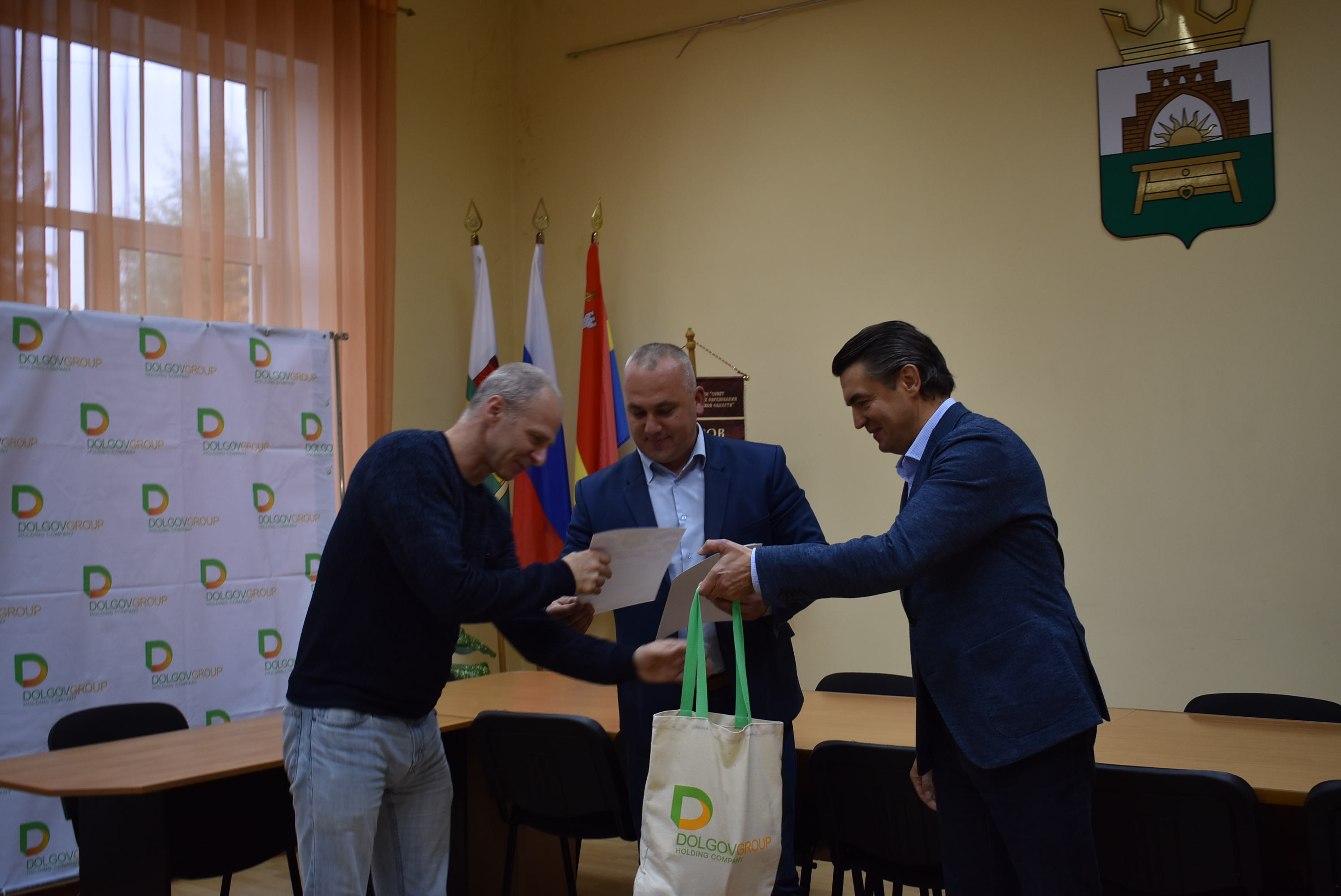 VICTORY IS A DRIVER FOR FURTHER DEVELOPMENT

In the administration of Nesterovsky urban district, the basketball team was awarded, which won first place in sports and athletic contest of municipalities of Kaliningrad region.

Diplomas were handed to sports players by the head of the administration, E.V. Starkov. In his congratulation, Eduard Vladimirovich noted that this is a significant event for the district - a similar successful performance took place among the sports players 16 years ago, so compatriots are sincerely happy for their team. He also emphasized that this success was facilitated not only by hard work, but also by the financial support of the team sponsor - DolgovGroup agricultural holding company, without which training and participation in sports events would not have been possible.
Answering journalists' questions, team members said that the founders of the agricultural holding company Aleksandr and Dmitry Dolgov are athletic people and often play basketball with them in evenings. Of course, their direct participation in training provides a fighting spirit and excitement for sports development. Moreover, this mood is also transmitted to their families - today entire dynasties from the Nesterovsky district play on the basketball court.

According to the team coach A.I. Sukharevsky, the "family" composition of the team allows to achieve maximum mutual assistance and support, unity and teamwork. As Anatoly Ivanovich said, these guys love sports since childhood, they never had to be forced to train. Today, together with adults, their children are playing, who, using the example of their parents, know what it means to be a team and go to success together.
The role of the team coach A.I. Sukharevsky was once again emphasized by the founder of the agricultural holding company A.A. Dolgov, recalling that Anatoly Ivanovich brought up more than one generation of sports players and has great respect among children, teachers and residents of the town. Aleksandr Aleksandrovich also emphasized that the victory of the team raised the bar for the participation of teams from Nesterovsky district and in other competitions and should be an incentive for residents to physical exercises and sports in general.
A.A. Dolgov wished sports players further victories and handed sets with products manufactured at enterprises of the agricultural holding company.