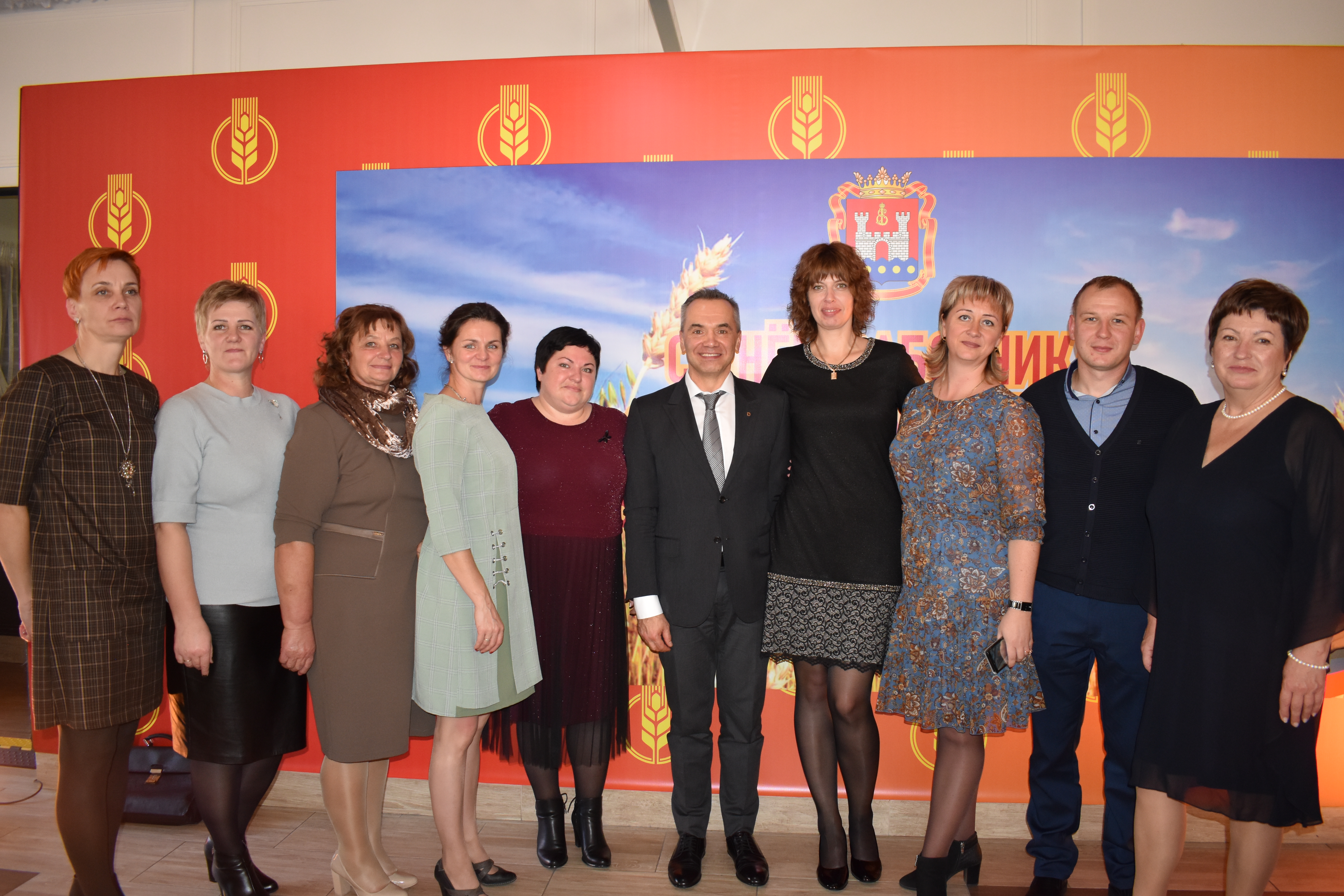 In Kaliningrad, the celebration in honour of agricultural workers was held, dedicated to the professional holiday - Agriculture and Processing Industry Workers' Day. For a large contribution to the development of the sector, the Furmanovskoe LLC, which is the part of DolgovGroup agricultural holding company, as well as a number of company employees, were awarded with diplomas of the Ministry of Agriculture of the region and Kaliningrad regional Duma.

The Governor A.A. Alikhanov, the Minister of Agriculture N.E. Shevtsova, the Chairman of regional Duma M.E. Orgeeva came to congratulate agricultural workers. The official ceremony was attended by the founders of DolgovGroup agricultural holding company A.A. Dolgov and D.A. Dolgov.

The leaders of Kaliningrad region highly appreciated the achievements of the regional agro-industrial complex. “Your success is a matter of our pride. We took several gold medals at the Golden Autumn agricultural exhibition,” the head of the region said.

It should be added that the recipient of the gold medal at the exhibition in Moscow city was the Dairy factory of the agricultural holding company, which was awarded by the Ministry of Agriculture of the Russian Federation for the high performance of the enterprise in the development of livestock and commercial breeding.

Congratulating the agrarians on the holiday, the Governor emphasized that in recent years the agricultural sector has become the economic powerhouse of the region and expressed its readiness “always to support those who are engaged in such a laborious, complex, risky sector. Our task is to help you so that you feel confident when implementing your projects”.
← Назад к списку новостей