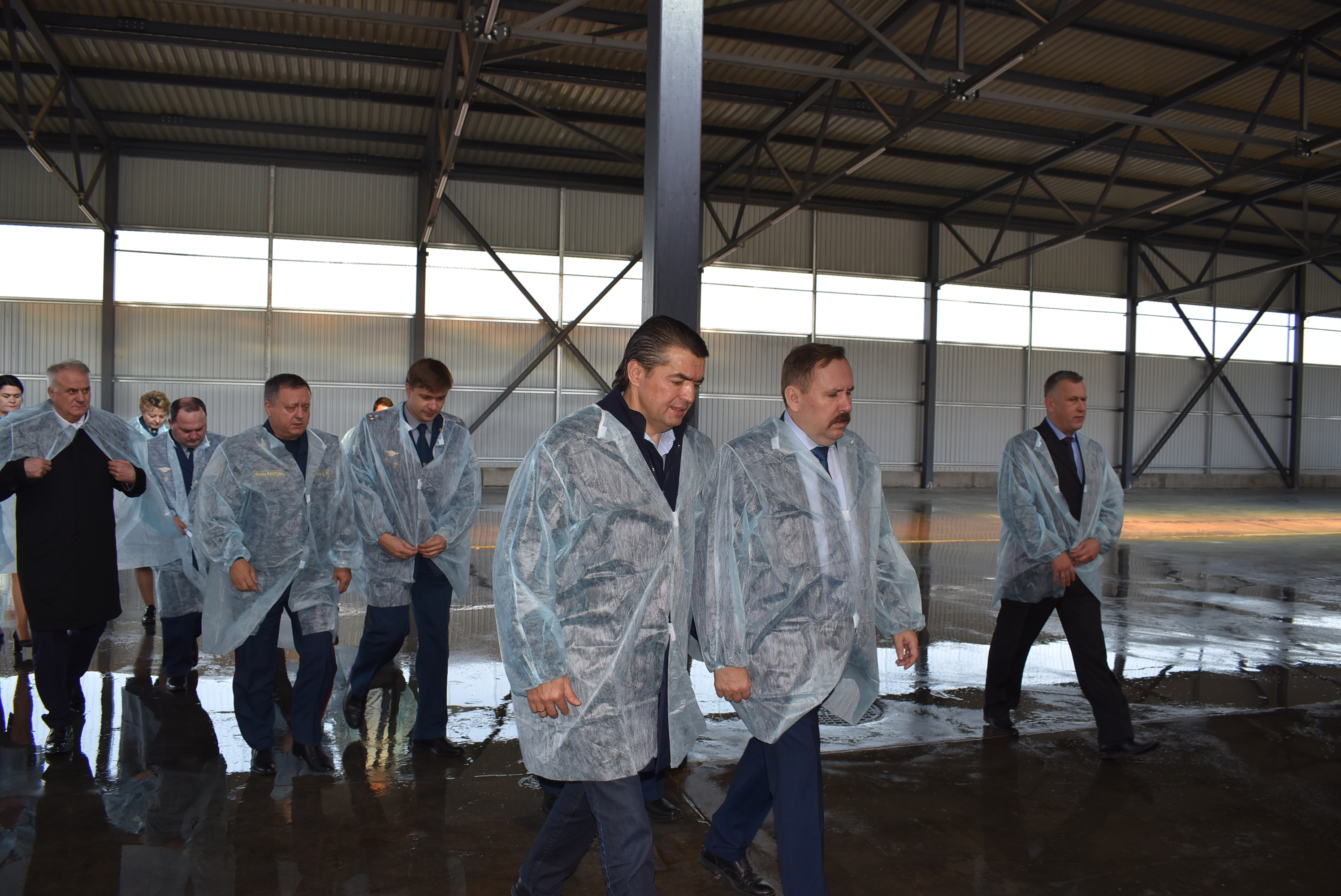 The cooperation agreement between the Directorate of the Federal Penitentiary Service and DolgovGroup agricultural holding company was concluded in October 2018 in the government of Kaliningrad region. The parties agreed to implement joint projects for food production and the development of farmlands in Kaliningrad region.

At the meeting in the Directorate, it was noted that all agreements scheduled for the current year were successfully implemented. In particular, a general phased plan for the development of land plots of the Directorate of the Federal Penitentiary Service, calculated until 2023, is being implemented. This year, in Gvardeysky district, 1057 hectares of land were developed for the 2020 harvest. During the meeting, prospects for further interaction between the Directorate of the Federal Penitentiary Service and the holding company were discussed.

After the meeting, the delegation led by the Director of the Federal Penitentiary Service of Russia A.P. Kalashnikov accompanied by A.A. Dolgov visited one of divisions of the holding company - Guryevskaya poultry farm, where guests got acquainted with the activities of the largest enterprise for the production of eggs in Kaliningrad region - its market share in the region is 80%.

The farm became the part of DolgovGroup in 2011, and then its complete technical re-equipment took place. Modern European equipment was purchased using innovative computer technology, so that all poultry houses are controlled by a single central processor. A poultry feeding system has been developed and implemented using high-quality feed, which is produced at feed mills of the agricultural holding company. New premises are under construction annually, new poultry houses and other facilities are commissioned.

During the visit, the parties discussed the issues of labor adaptation of prisoners, development of joint production of agricultural products for the needs of institutions of the penal system.
← Назад к списку новостей