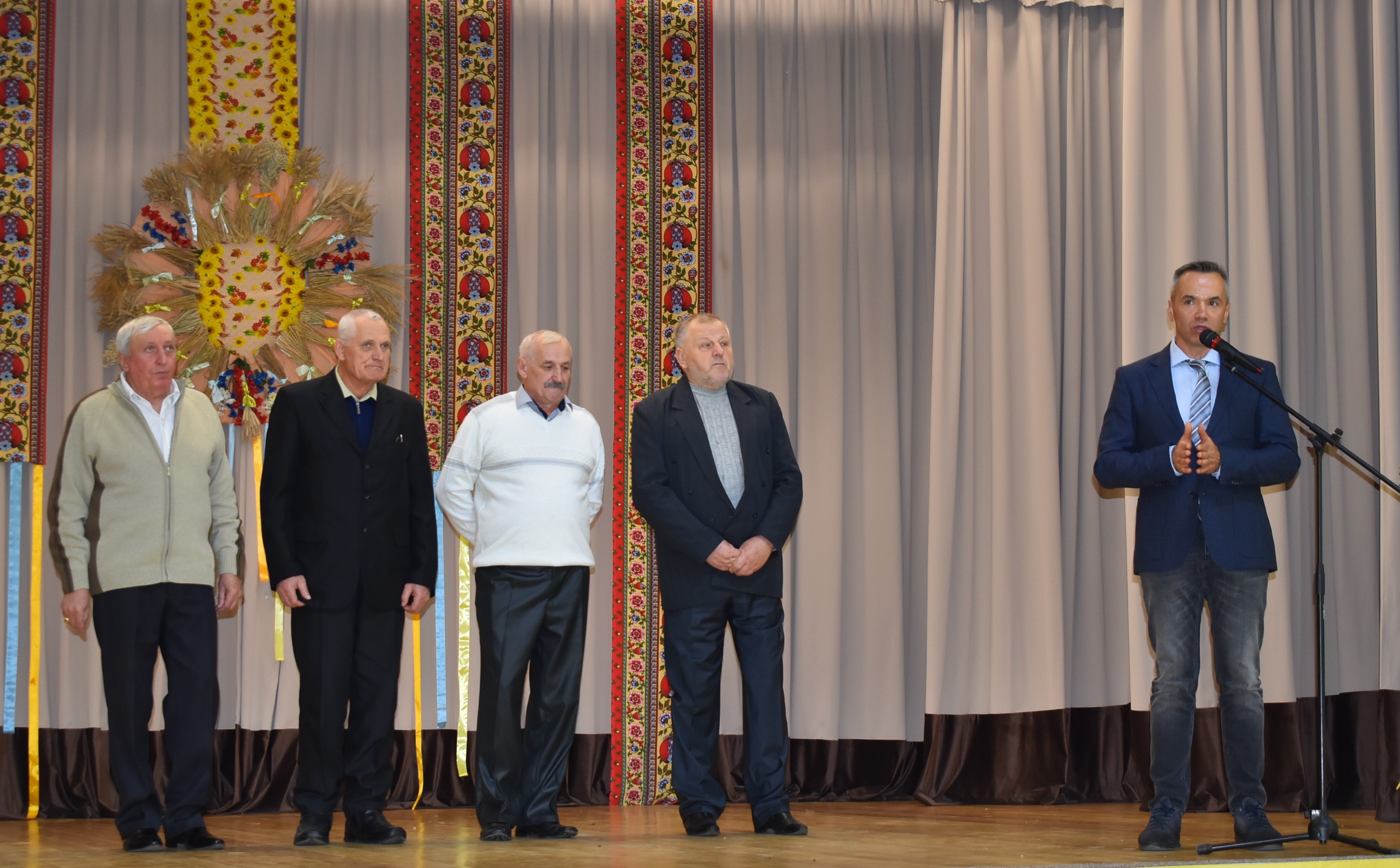 TRADITION OF COUNTRY PEOPLE IS TO CELEBRATE CROP HARVESTING!

In Nesterov town there was a celebration in honour of agrarians, which was timed to the end of the harvesting and professional holiday - Agriculture and Processing Industry Workers' Day. The leaders of the district, representatives of the regional Ministry of Agriculture and heads of enterprises came to congratulate agricultural workers.

As the presenter noted, country people had a tradition since olden times: after harvesting, to sit at the holiday table and taste products of the new harvest. Workers fr om the main enterprises of Nesterovsky municipal district gathered in the regional People's Hall, most of which were representatives of DolgovGroup agricultural holding company: machine operators, combine harvesters, agronomists, livestock breeders, drivers, service specialists, company managers.

The founder of DolgovGroup agricultural holding company D.A. Dolgov came to congratulate country people. In his congratulations, Dmitry Aleksandrovich emphasized the special role of veterans in the development of the agricultural sector. They worked selflessly during all periods of the development of our country, showed an example of professional skill and love for the land. Thanks to such specialists, the agricultural sector is developing, and DolgovGroup agricultural holding company is confidently looking into the future. Dmitry Aleksandrovich handed over to veterans meat and dairy products sets produced at the enterprises of the holding company.

Workers of DolgovGroup several times went up on the stage that day to receive well-deserved awards. The head of the municipality V.V. Sudiyan and the head of the district administration E.V. Starkov noted the significant contribution of the holding company to the development of not only Nesterovsky district, but also the whole of Kaliningrad region. In particular, they thanked for the successful participation of DolgovGroup in the Russian agricultural exhibition Golden Autumn-2019 at VDNKh (Exhibition of Economic Achievements) in Moscow city in early October, wh ere the Dairy factory, which is the part of DolgovGroup agricultural holding company, was awarded the gold medal of the Ministry of Agriculture of the Russian Federation for the high performance results of the enterprise in the development of livestock and commercial breeding.

Creative teams of the People's Hall also prepared a gift for country people on this day, presenting them a big concert.
← Назад к списку новостей