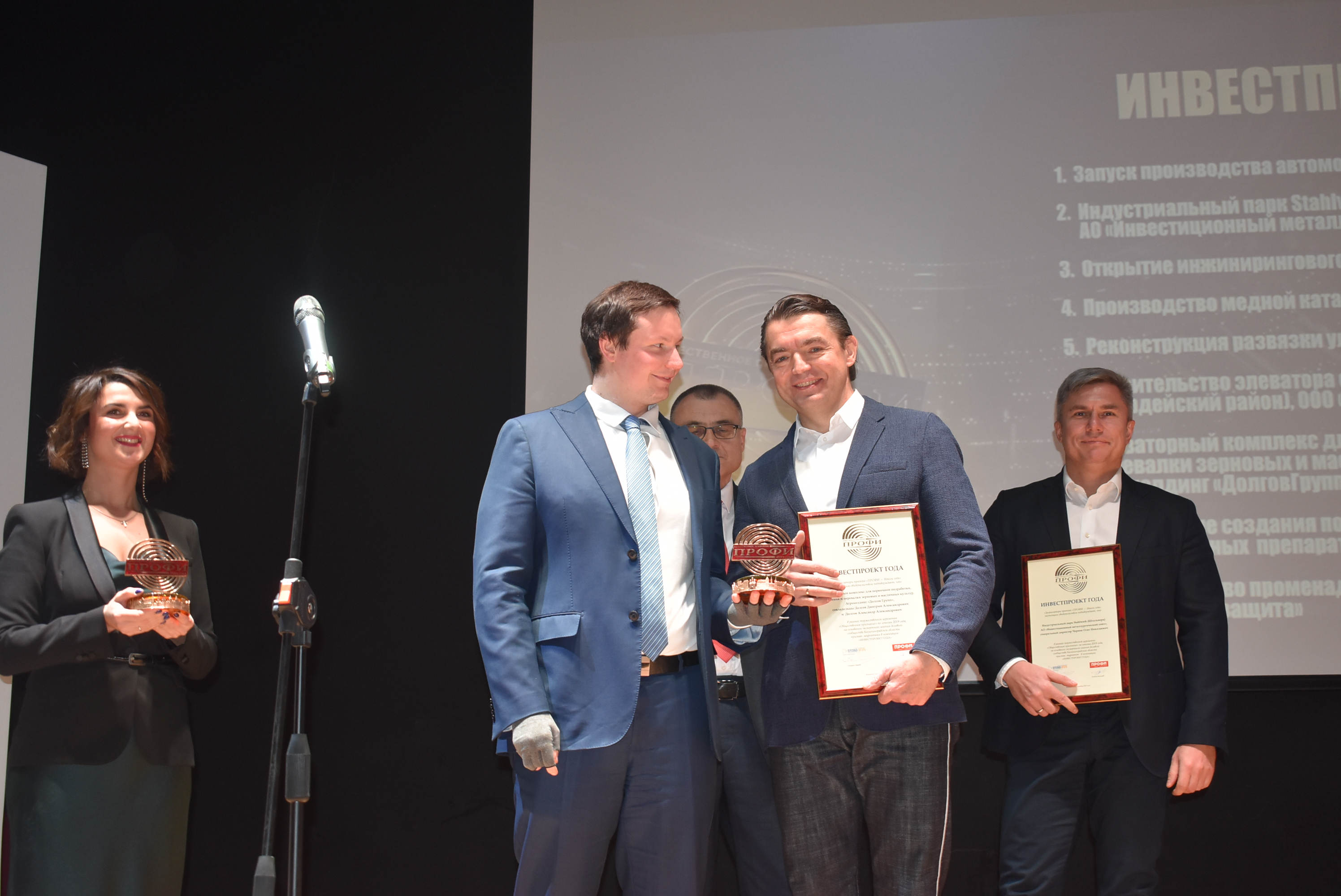 This year the prize organized by the HR-Agency Personal-Yantar (Personnel-Amber) was awarded for the 16th time. The Public Recognition official ceremony was held at the Kaliningrad Museum of History and Art.

As in previous years, nominees and award winners were determined on the basis of three stages of a survey of experts and open Internet voting on the principle of “the best called the best”: first the TOP-100, then the TOP-50 and finally the award winners. Residents of the region and experts made their choice, calling bright events and landmark projects of the year, professional and talented managers who contributed to the development of Kaliningrad region.

DolgovGroup agricultural holding company received a high award in the Investment Project of the Year nomination for the commissioning of a modern, innovative elevator complex in Guryevsk town. The project cost amounted to 744 million rubles. The total storage capacity of grain here is 45.5 thousand tons.

At present time the elevator farming of the agricultural holding company is represented by elevators in Nesterov and Guryevsk towns, the construction of the elevator in Gusev town is almost completed, in addition, there are nine grain flows of farms with their own warehouses and grain drying complexes. At the time of the launch of all elevator capacities, the total one-time storage will be 240 thousand tons. In total in the region the volume of modern technological storage is 455 thousand tons.

As leaders of the region noted at the official opening ceremony of the complex in May of this year, with the commissioning of this facility, “Kaliningrad region is sufficiently seriously provided with elevator capacities” and will be able to “preserve grain from harvest to harvest, ensuring its high food quality”.

Presenting the award, the Minister of Economic Development, Industry and Trade of the region    D. A. Kuskov wished the award winners on further development, emphasizing the importance of such large-scale projects for the development of the regional economy.

The founder of the agricultural holding company A.A. Dolgov noted that the construction of the complex has been made possible thanks to the support of the regional government and partners, in particular, Sberbank of Russia, as well as the team work of the holding company.