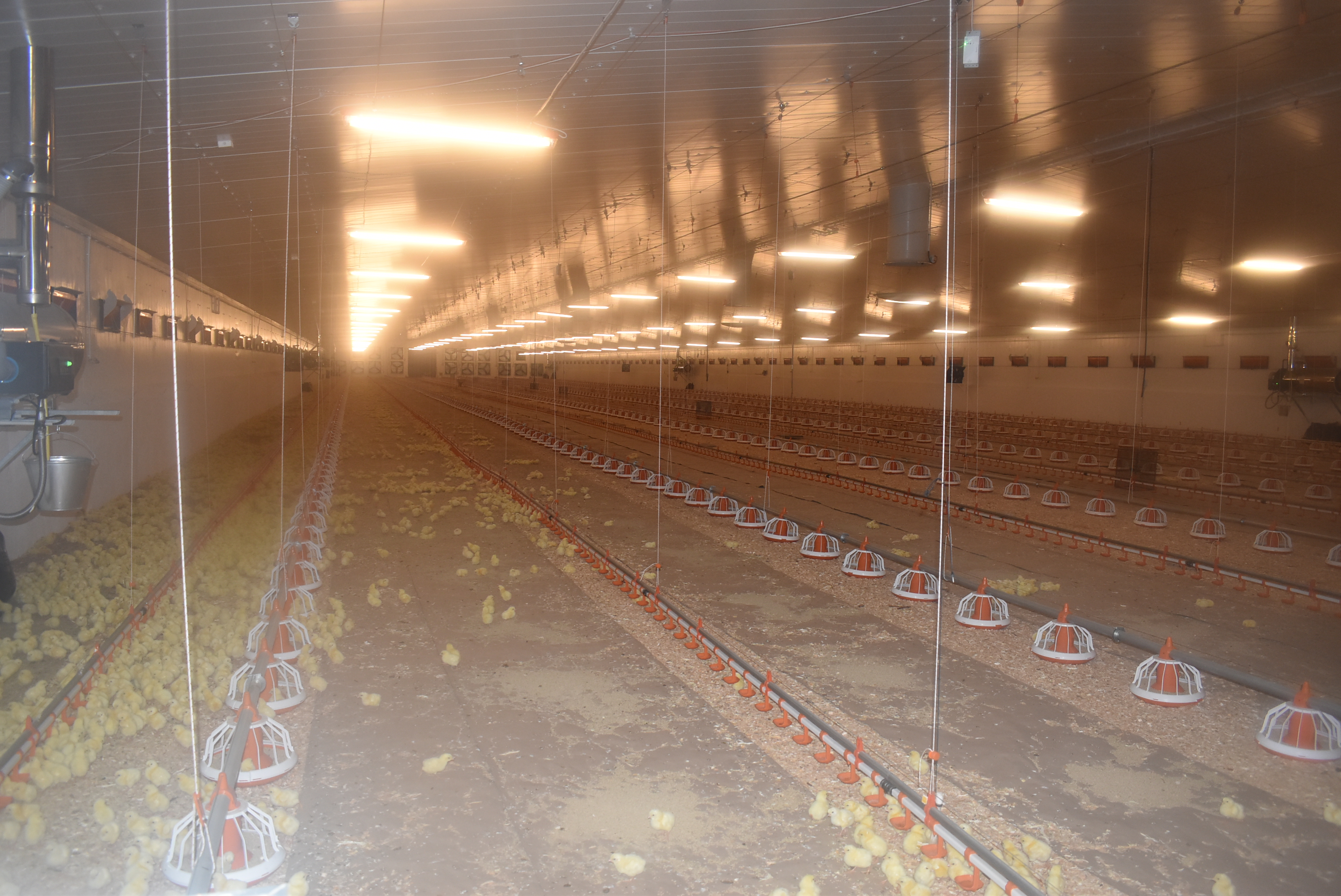 A new poultry house was launched at the broiler production of the Guryevskaya Poultry Plant, which is part of the DolgovGroup Agricultural Gtoup. It is designed for the maintenance of 60,000 chickens which have recently been received in the village of Fevralskoye, Krasnoznamensk municipality.

This is the fourth poultry house opened by the Group in Fevralsky. The first three were launched there in 2018 and were designed for a livestock of 30,000 each.

The new poultry house is twice the size of the previous ones. It is also equipped with the state-of-the-art equipment fr om the leading German manufacturer Big Dutchman and is controlled by a single central multi-purpose computer that regulates the indoor climate, feeding, drinking and weighing the poultry online.

It is planned that during the year the total number of broiler chickens raised in Fevralsky will amount to 1,400 tons in carcass weight.

Recently, Guryevskaya Poultry Plant has launched three more poultry houses in the city of Gurievsk for raising laying hens. It is also planned to let them in in the near future.

With the Big Dutchman equipment you can control all processes on a single central multi-purpose computer, from automatic feeding to automatic egg collection.

In 2019, the adult population of laying hens at the poultry farm was about 900,000 heads, and the number of young hens is 250,000 heads. Last year, 206.6 million eggs were produced there. The expected production of eggs in 2020, taking into account the settlement of two new poultry houses for adults and one for young birds, will be from 215 to 230 million pieces per year.


The equipment in the egg sorting and packing workshop, wh ere eggs from all poultry houses are moved along an automatic conveyor, has been replaced. This is a new egg sorting machine of the Dutch manufacturer MOBA Omnia XF 330. The machine automatically weighs and sorts eggs by category and minimises contact with human hands, determines the egg quality and, without human intervention, sends it either to the consumer or for further processing. Power is another advantage of the new equipment. Today, the egg sorting has been increased from 60,000 to 120,000 eggs per hour.