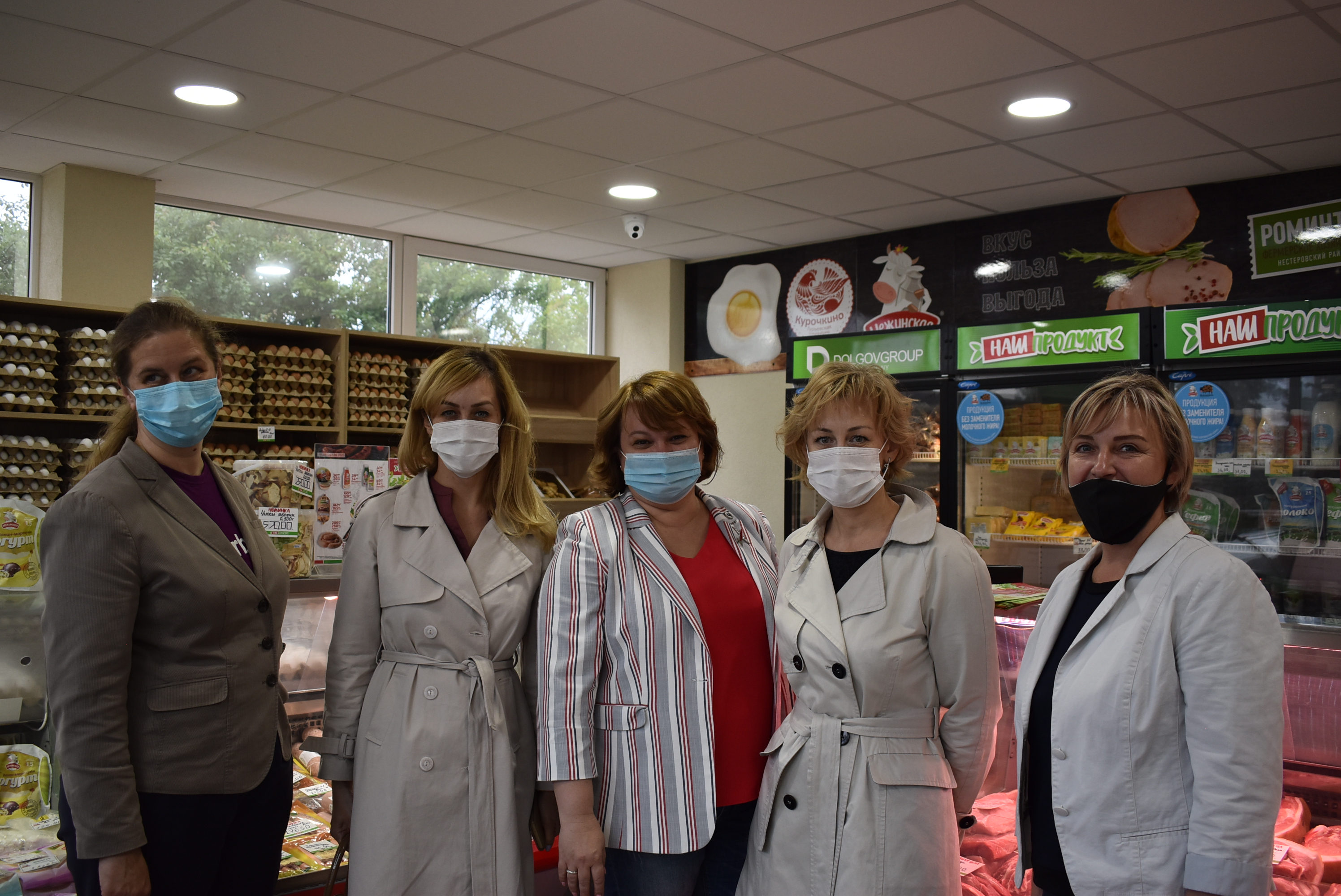 Today, Deputy Minister of Economic Development, Industry and Trade of the Kaliningrad Region I.N. Grakova and Deputy Manager of the Kaliningrad branch of Sberbank M.A. Sergeev visited the DolgovGroup Agricultural Group’s Nash Produkt store located at the Guryevskaya Poultry Plant. The visit was associated with the launch in the Kaliningrad region of the food stamp mechanism for the region’s residents who have lost their jobs due to the coronavirus.

Earlier, for this category of citizens, as well as employees of enterprises where part-time employment was introduced, the regional government provided payments in the amount of 10,000 roubles. The funds were credited to the citizens’ bank accounts in two instalments (5,000 roubles a month). Now the funds will be transferred to only a special social account, and they can be spent exclusively on the purchase of food.

Five major retail chains operating in the Kaliningrad region have joined the project. Those are the Nash Produkt branded stores which are part of the DolgovGroup Agricultural Group. Today, there are 88 of them in the region. Products manufactured at the facilities of the Agricultural Group under their own brands are sold there, Nezhinskaya - milk and dairy products, Rominta - sausage and meat products, Kurochkino - eggs and broiler chickens from the Guryevskaya Poultry Plant. Virtually all the products offered by Nash Produkt stores are included in the list of products that are available for purchase with a social account.

Irina Grakova and Marina Sergeeva checked the availability of the electronic system by personally testing its operation with social stamps. The guests were happy with the outcome, and the system operated in a seamless manner and without any blunders.

As they later noted, residents of the region have already begun to apply for social benefits and can now be sure that they can immediately buy everything they need. They also emphasised that the staff of the Nash Produkt retail chain was one of the first to respond to the regional government’s initiative and promptly put social stamps into practice.