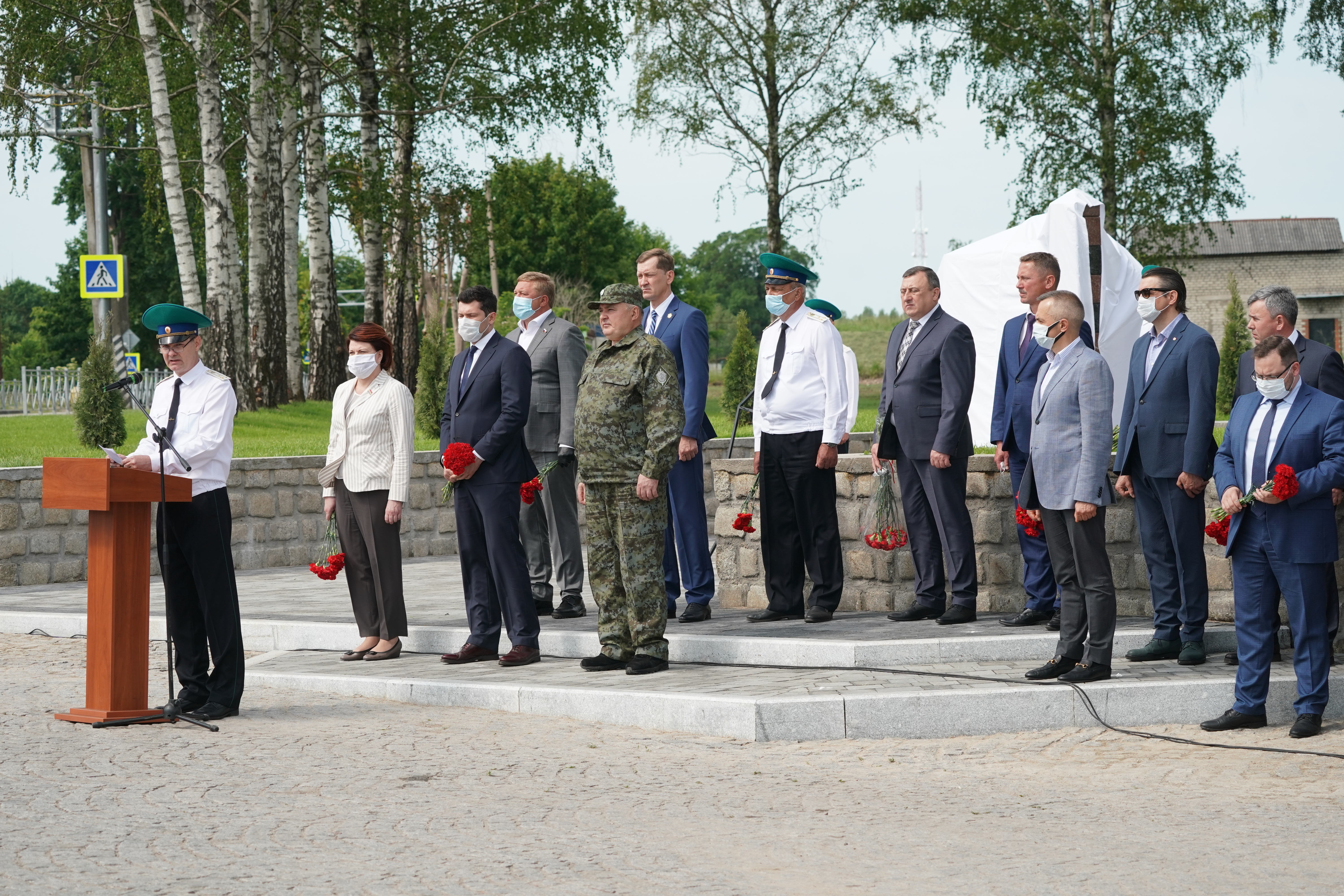 A MEMORIAL IN HONOUR OF THE BORDER GUARD HEROES OPENED

The founders of the DolgovGroup Agricultural Group, Alexander and Dmitry Dolgov, took part in the solemn ceremony of opening a memorial, which was installed in the village of Chernyshevskoye, Nesterov municipality, and is dedicated to the feat of Soviet border guards who took the blow of fascist troops in the first days of World War II.

The ceremonial meeting dedicated to the unveiling of the memorial sign was attended by the Kaliningrad region’s governor A. A. Alikhanov, the chairman of the Kaliningrad Regional Duma M.E. Orgeeva, deputy of the State Duma A.G. Yaroshuk, representatives of the Border Administration of the FSB of Russia for the region and veterans of the border guard service.

The village of Chernyshevskoye borders on the Lithuanian city of Kybartai, where in this section of the state border, during the bloody battles that lasted from 22 to 24 June 1941, about two hundred servicemen of the Taurage border detachment 106 heroically fought and were killed. In the post-war years, the remains of the killed border guards were buried at the city cemetery in Kybartai, so the idea arose to immortalise their feat there, on Russian soil.

The initiative of the leadership of the border service in the city of Nesterov of the Border Directorate of the FSB of Russia in the Kaliningrad region to install a memorial sign was supported by the authorities and business community. Among other things, the memorial construction was financially supported by DolgovGroup.

The meeting participants honoured the memory of the dead soldiers with a silence minute and laid flowers at the memorial sign.