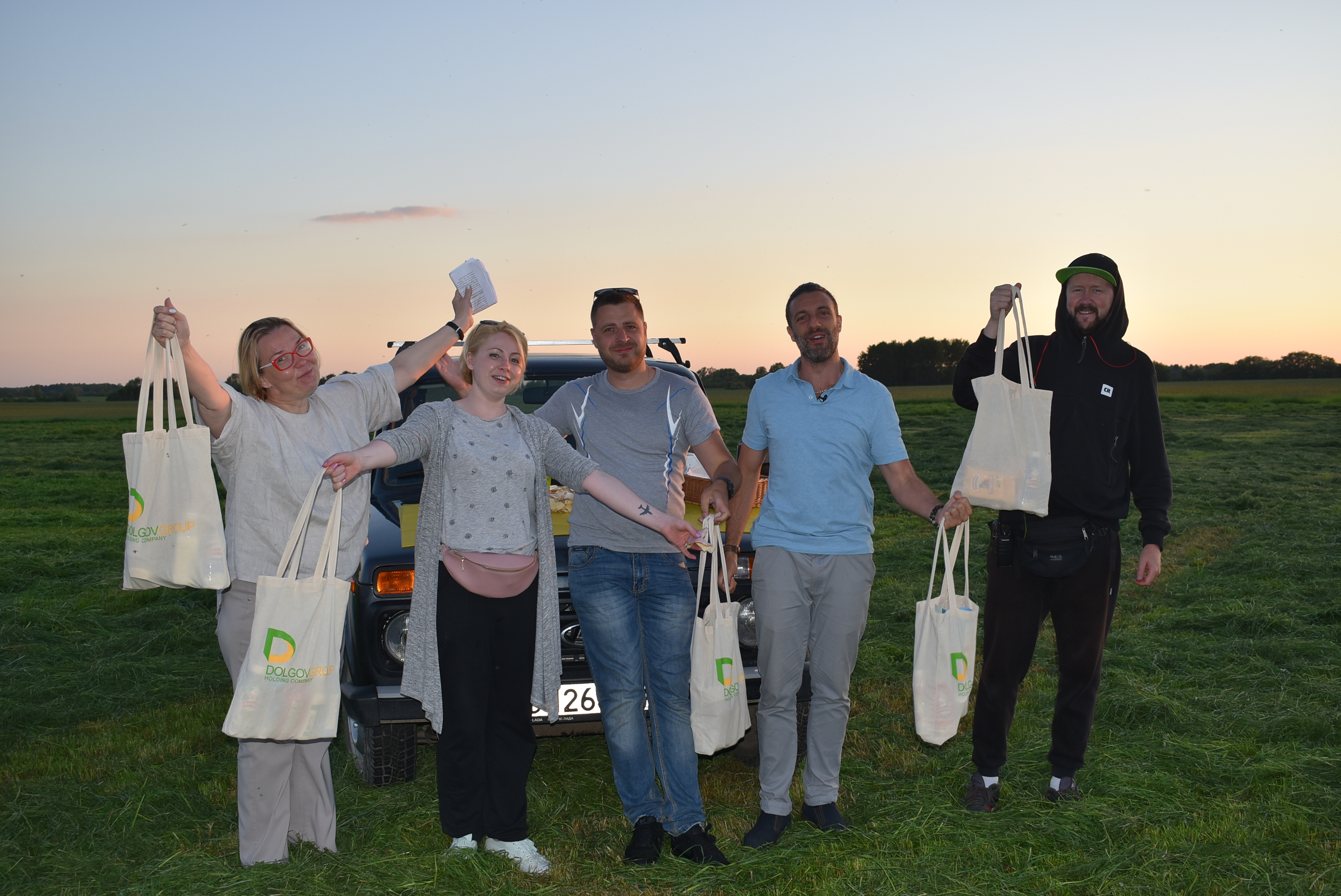 DOLGOVGROUP GROUP EMPLOYEES BECAME THE HEROES OF AN NTV PROGRAMME

In the Kaliningrad region, the shooting of the programme for the federal channel NTV ‘Let’s Go. Let’s Eat!’ with the presenter Federico Arnaldi.

As part of the programme, on his trips across Russia and abroad, the presenter meets representatives of the most unusual professions, tries local food and cooks ethnic dishes.

To unlock the great tourist potential of the Kaliningrad region, its rich history and traditions, the shooting took place in places little known to the general public. In particular, most of the programme was devoted to the region’s eastern part, where its heroes in the Nesterov municipality were, among other things, DolgovGroup employees.

They introduced Federico to ‘smart’ farming and up-to-date digital technologies that the Group’s machine operators and agronomists use their today’s operations, and also told how elite breeds are raised. Federico tried himself as a machine operator to work on powerful modern machines in the DolgovGroup fields, as well as an operator for artificial insemination of cattle at the Group’s Dairy Factory located in the village of Furmanovka.

The NTV journalists and the programme presenter were so impressed with the Group’s operations that they continued filming for more than seven hours instead of the planned four by using the filming day virtually until the last ray of the sun.

Muscovites also highly appreciated the quality of the Group’s dairy and meat products known by Kaliningraders as the Nezhinskaya, Rominta and Kurochkino brands. The guests not only tasted milk, yoghurts, kefir, eggs, cheeses, sausages and meat products, apple chips right in the field but received food baskets as a gift.

The programme will go out in mid-September of this year, and it is safe to say that the programme will become a good contribution to strengthening the image of the Kaliningrad region as an evolving and touristically attractive region.