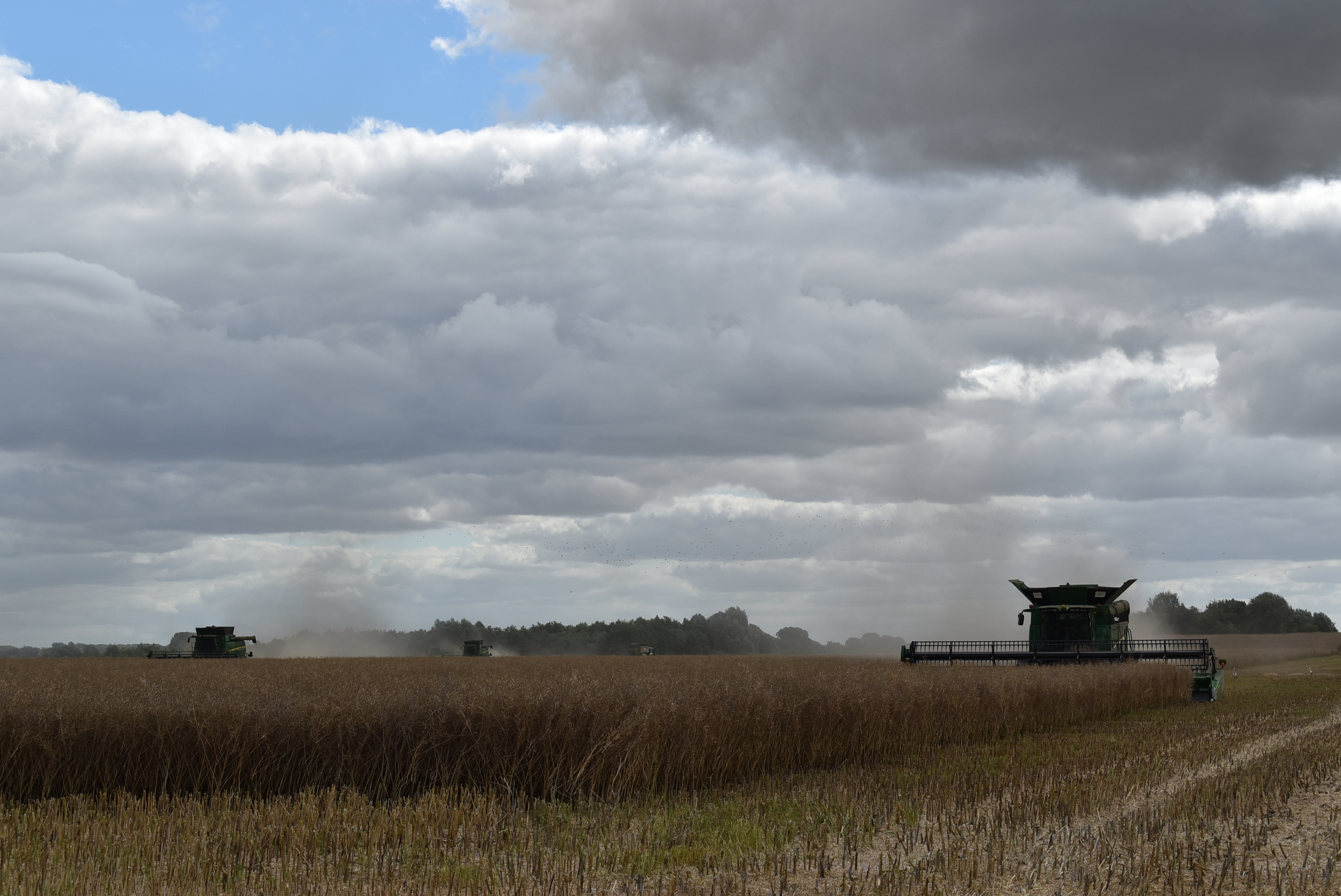 A CLEANING CAMPAIGN STARTED IN THE AGRICULTURAL GROUP DOLGOVGROUP

Currently, farmers are harvesting winter rapeseed. On the Group’s fields, the total area of which is more than one hundred thousand hectares, wheat, rye, oats, barley and maize are also grown.

In the fall of 2019, 32,300 hectares were sown with winter rapeseed, wheat and rye. This spring, such spring crops as maize, wheat, barley and oats were sown on an area of over 20,500 hectares.

More than two hundred types of agricultural machinery are involved in the harvesting campaign including 48 latest-generation combines.

The Group constantly makes big investments in renovating its own industrial estate. This season was no exception. A new John Deere combine harvester of the S790 series, which is distinguished by high efficiency due to improved technical performance, started to operate in the field. For example, the width of the header has been increased from 9 to 12 metres, and the grain tank capacity from 10,000 to 14,000 litres. The combine coach, like other models used by the Group, has a good overview, it is convenient for the operator to operate due to climate control. The systems are controlled by an on-board computer.

With powerful machines you can significantly increase the speed of operation, harvest at the optimal time and keep the quality of grain crops.