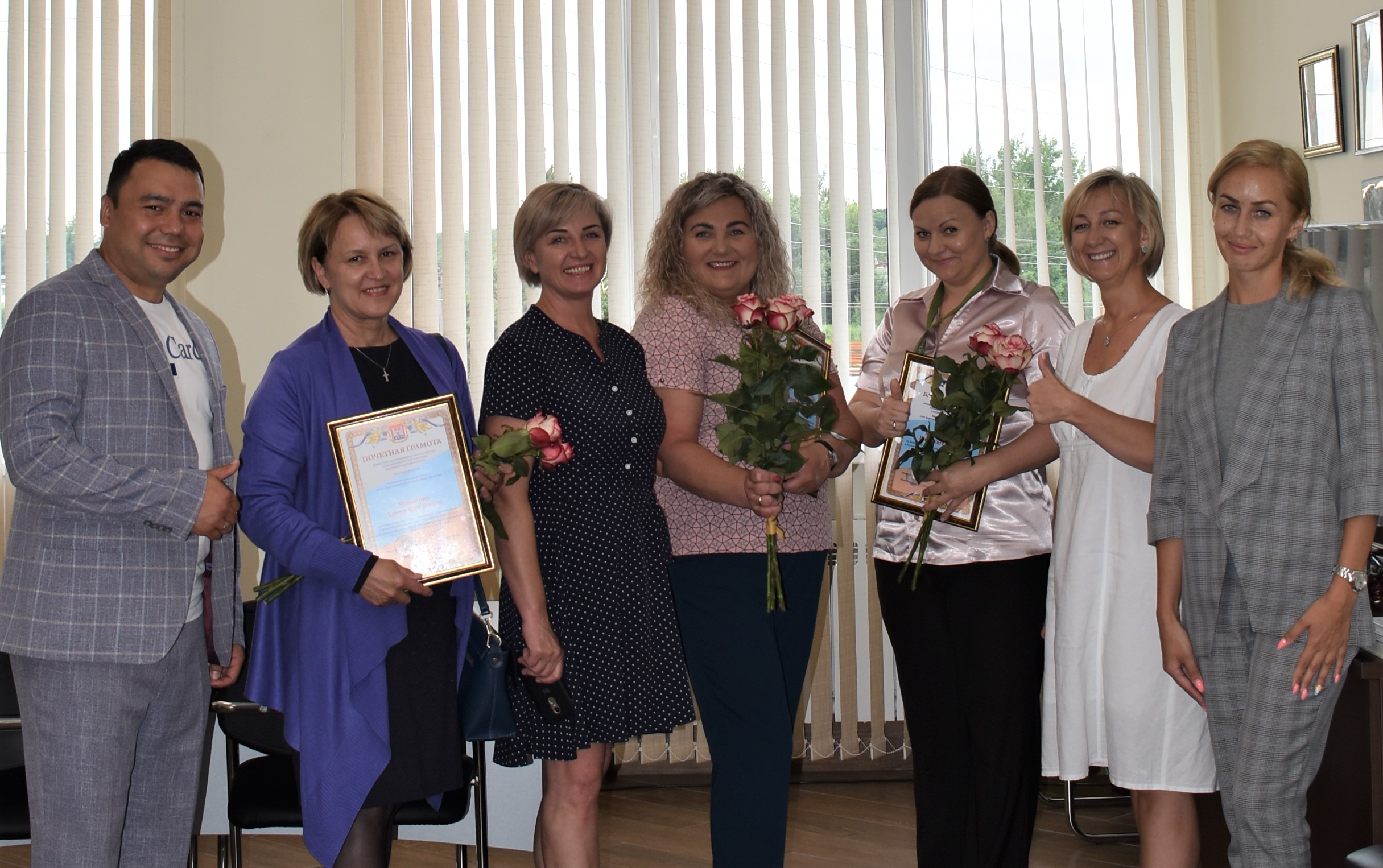 The certificates of merit were presented by the Deputy Minister of Economic Development, Industry and Trade of the Kaliningrad Region I.N. Grakova, who on the eve of the professional holiday - the Day of Trade Personnel - paid an official visit to the DolgovGroup Agricultural Group’s Kaliningrad trade office located in the city of Gurievsk. Three employees of the Group Elena Chumikova, Nina Peregudova and Elena Vorobyova were awarded for their conscientious work, high professionalism and great contribution to promotion of the trade activities in the Kaliningrad region.

Irina Grakova thanked the staff of the Group for the fast-paced work and recalled with appreciation the meaningful cooperation with the Regional Government. In particular, the Group’s division - Nash Produkt store network - was one of the first to respond to the Regional Government’s initiative and promptly introduced social food stamps for the region’s residents who lost their jobs due to the coronavirus.

The Deputy Minister also stressed that residents of the region appreciate the Group’s quality and wide product range offered on the Nash Produkt shelves as well as the convenient format of convenience stores. She wished the company’s staff success and next steps forward.

After the official part, I.N. Grakova visited a Nash Produkt store and one more division of the Group, the Guryevskaya Poultry Plant, which is the regional leader in egg production. Ms Grakova got herself familiar with state-of-the-art technologies that have been introduced at the company, where more than 600,000 eggs are produced per day and up to 230 million eggs per year, which makes if possible to provide every Kaliningrad family with high-quality products and healthy food.