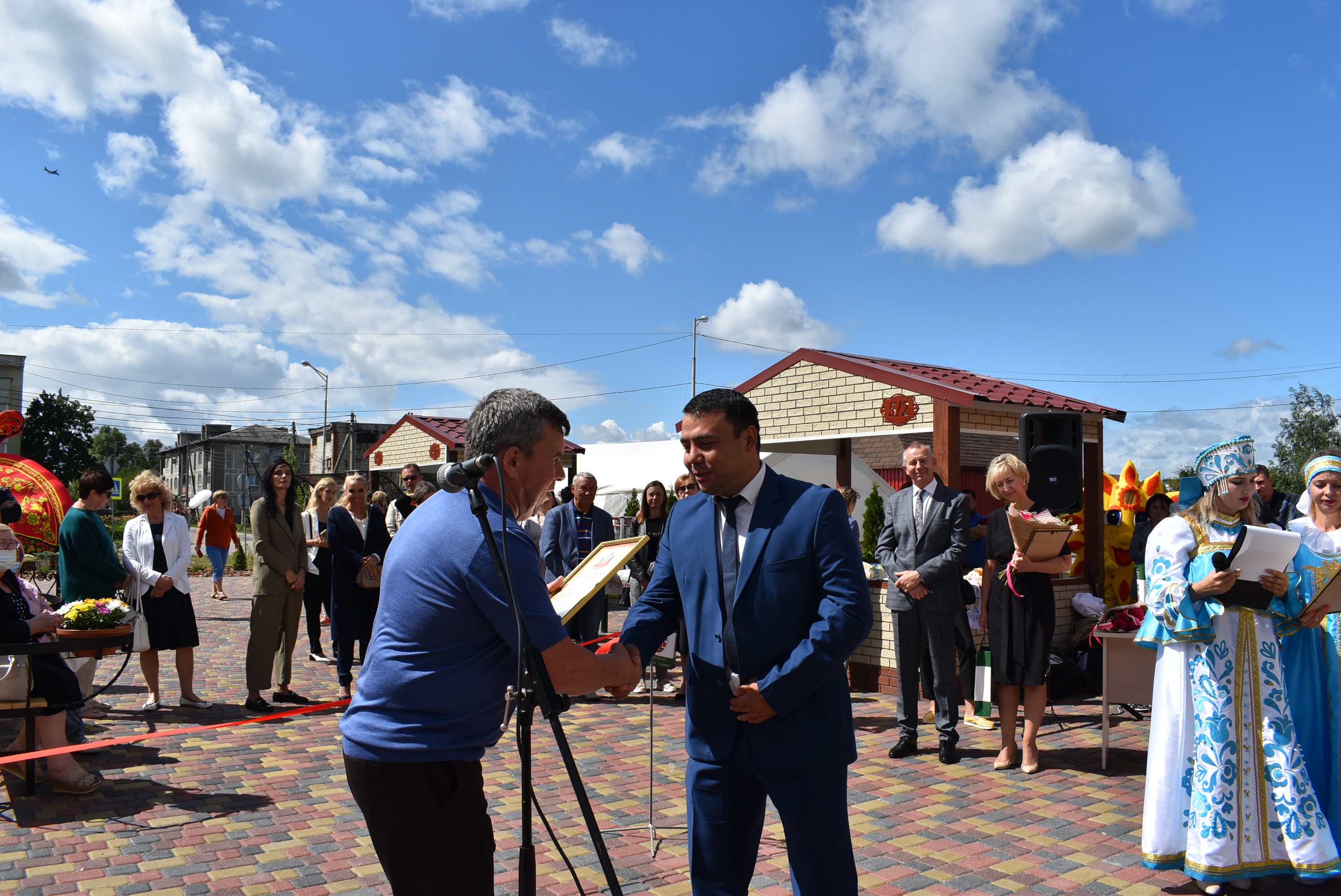 Today, in Gurievsk, for the first time since the beginning of the pandemic, a holiday took place, a site for holding fairs was opened on Zagorodnaya Street. Deputy Minister of Economic Development, Industry and Trade of the Kaliningrad Region I.N. Grakova, heads of the Gurievsk municipality and business due to whom the event took place.

The sponsors are the DolgovGroup Agricultural Group providing financial support to the project. The mayor of the Gurievsk municipality S.S. Podolsky handed over to acting head of the Kaliningrad trade office F.M. Khomidov a Letter of Gratitude, in which on behalf of the municipality, he expresses ‘gratitude to the Group for its contribution to promoting the Gurievsk municipality’s economy, high professionalism and active charitable work’.

Mr Podolsky noted that now farmers and gardeners will sell their crops in a civilised way, on the shelves and under the roof.

Some benches and a beautiful flower garden were erected there as well. According to I.N. Grakova, thanks to the joint efforts, a place for not only sale and shopping but also recreation has been created, and the Ministry will promote the experience not only at the regional but also Russian nationwide level.

The residents thanked everyone who was engaged in the project implementation and noted that Gurievsk would become more comfortable and beautiful every year.

After words of gratitude, the guests cut the symbolic red ribbon, and the customers immediately went shopping.