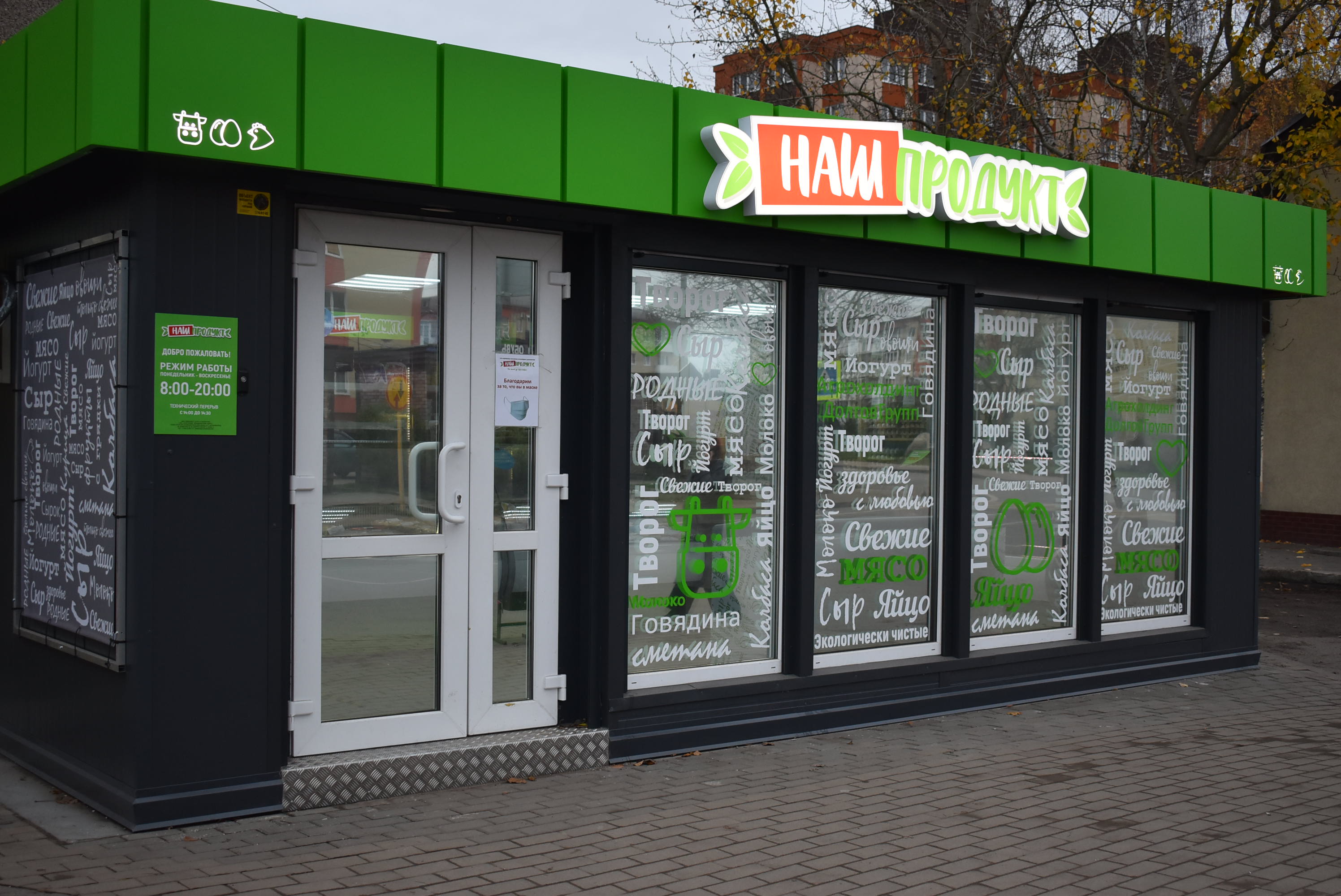 WE CONGRATULATE NASH PRODUKT ON VICTORY AT THE RUSSIAN NATIONWIDE LEVEL!

In the Trade of Russia 2020 competition within the framework of the Russian Retail Week in the Best Branded Network of a Local Manufacturer nomination, the winner was the Nash Produkt retail chain of the DolgovGroup Agricultural Group!

The competition was held by the Ministry of Industry and Trade of Russia in 10 nominations, 870 applications for participation fr om regions of the country were received. The organising committee, which summed up the competition results, included representatives of the Ministry of Industry and Trade of the Russian Federation, the Association of Retail Companies, the Russian Association of Retail Market Experts, the non-profit organisation Union of Trade Enterprises of Independent Chains and the Small-Scale Trade Association.

The branded store chain of DolgovGroup under the name Nash Produkt has been actively developing since 2012. Currently, there are more than 90 of them in the Kaliningrad region; by the end of 2020 this number will be increased to one hundred.

The opening of its own stores was due to the fact that the DolgovGroup Agricultural Group being the largest agricultural enterprise in the Kaliningrad region has its own processing enterprises, such as the Rominta meat factory, the Gusevmoloko dairy plant, the broiler poultry plant and the only egg producer in the region Guryevskaya Poultry Plant the capacity of which allows meeting more than 80% of the Kaliningrad region’s egg requirements. Raw materials, such as milk and meat are also supplied to the enterprises from their own cattle breeding factories, wh ere more than 12,000 heads of highly productive dairy and beef cattle breeds are kept. The Group also includes 96,000 hectares of land, which is 40% of all the Kaliningrad region’s arable land, feed mills, elevators, and a rapeseed plant. All this makes it possible to provide all animals and poultry raised in the Group with high-quality feeds of our own production.

Today, the retail chain Nash Produkt, which originally had the neighbourhood store format, plays the role of fresh markets offering an expanded range of high-quality and fresh food items. Due to the Group’s own processing facilities and a properly built logistics network, the Nash Produkt chain fully satisfies the needs of the most demanding and ambitious target group. In the majority of outlets, a stable distribution pattern has already created; those buyers always purchase the Group’s products. This is highly appreciated by the company allowing a flexible pricing policy. Prices from the manufacturer apply here; in addition, everyday goods promotions are regularly held.