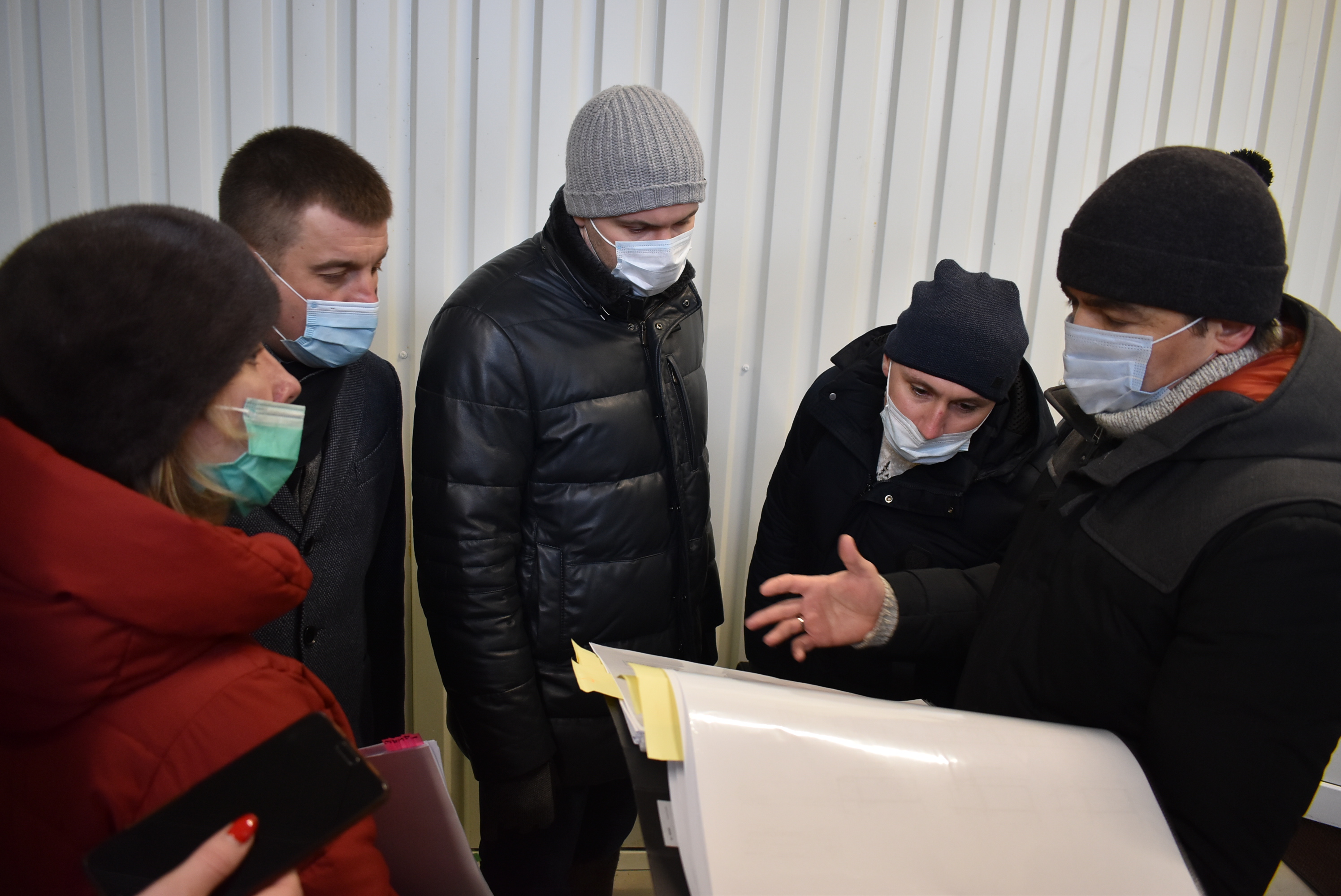 The Governor of the Kaliningrad Region A.A. Alikhanov together with the Agriculture Minister of the region N.E. Shevtsova paid a working visit to an industrial elevator complex in the town of Gusev, which is a part of the DolgovGroup agricultural holding’s structure. The guests were impressed by the facility’s construction progress, being under completion.

The investment project for elevator’s construction was implemented in 2017.
The volume of investments in the project amounted to 1.87 billion rubles. After commissioning, the factory’s capacity will amount to simultaneous storage, drying and transloading of 121 thousand tons of grain and rapeseed.

In an interview with journalists the head of the region emphasized that after full implementation it "will definitely become the largest elevator complex in the region in terms of simultaneous storage of grain". According to the Governor, this is particularly relevant for the Kaliningrad region, since a record cereal and rapeseed harvest in the entire history of the region have been achieved by farmers over the past two years. He also noted that the region's grain needs are fully met, and exports are increasing. Thus in 2019 exports of agricultural products and food commodities fr om the region amounted to 1.26 billion US dollars, preliminary data for 2020 showed 1.4 billion US dollars. At the same time, the region accounts for one third of total products export in the Northwestern Federal District’s agricultural sector and 5% of Russia’s total agricultural products export. The export base of the Kaliningrad region is composed by products of the fat and oil industry and grain crops.

According to the agro-holding company’s founder Dmitry Aleksandrovich Dolgov, it was this fact and the regional authorities’ support to farmers engaged in exports that motivated the construction of a transport hub in Gusev, as well as the development of its own rolling stock.

Answering the question of the Minister N.E. Shevtsova on the number of cars in the holding, the DolgovGroup founder Aleksandr Aleksandrovich Dolgov reported that as of today the company owns 175 railway cars for transportation of grain and 150 ones on lease, the company has also purchased 15 tank cars for transportation of vegetable oils. The main junction stations, wh ere the shipment takes place, are located in Guryevsk, Nesterov and Gusev. Last year’s shipment volume amounted to 132 thousand tons in Nesterov, 160 thousand tons in Gusev, and 20 thousand tons in Guryevsk.

The elevator in Gusev includes both railway and road lines, allowing to load and unload 22 wagons. Apart from that, reconstruction works of another railway junction have been carried out here, construction of a new grain dump pit is now being completed, this will substantially increase the turnover. In the future, it is planned to use all the railway infrastructure available within the territory of the elevator for these purposes.

Accompanied by the agro-holding company founders Aleksandr and Dmitry Dolgov, the guests attended construction works carried out at the facilities, they watched the operation process of modern weighing laboratory and a distribution center for storing meat, dairy, chicken and vegetable products, providing convenient access roads and allowing to build appropriate logistic routes, for trading networks in the east of the region as well.

The elevator, built at the beginning of the 20th century, operates in the territory around which the complex has been constructed; like any other object within the complex it will be included into a unified system and the installed equipment will allow to connect the old complex with the newest one.

The Heads of the region were also given the opportunity to observe a pneumatic grain loader in the process of its operation, unloading grain from a truck to a carriage through pneumatic air supply and enabling a quick and efficient loading of grain carriers. The loader is perfect for road and rail transport, it can deliver bulk cargo from the shore to vessels without using crane. 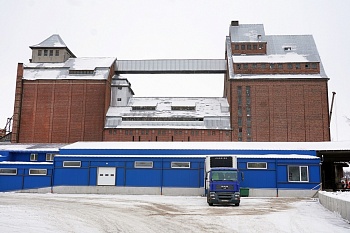 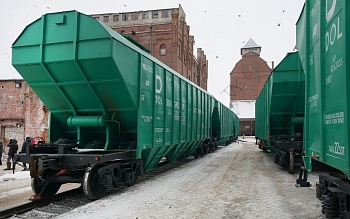 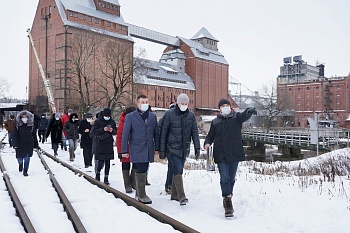 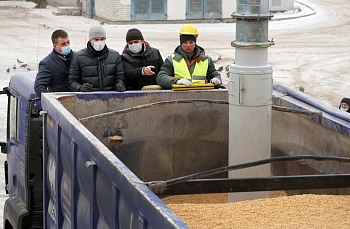 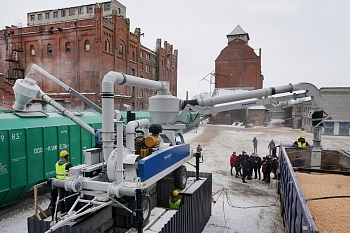 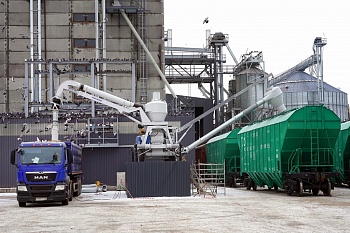 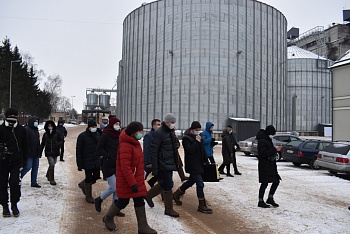 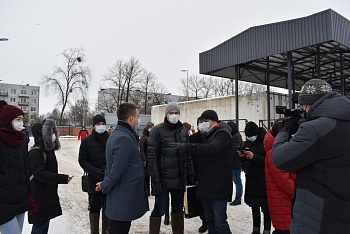 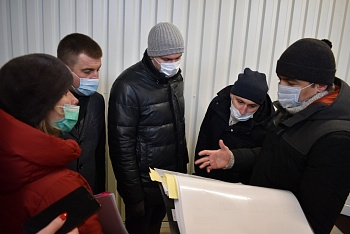 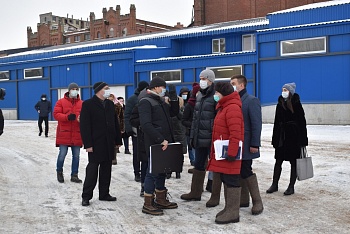 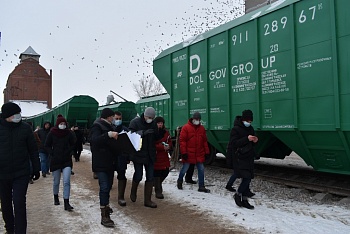 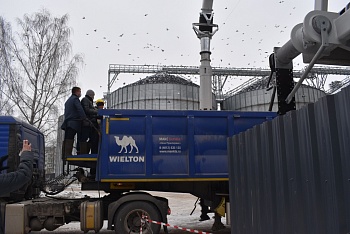